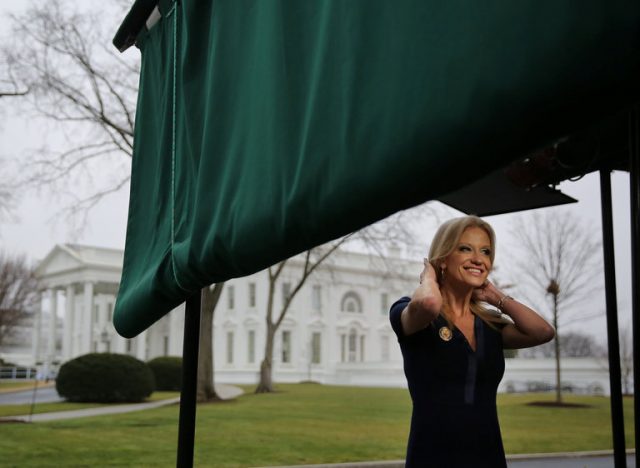 ‘Alternative Facts’ and the Costs of Trump-Branded Reality, Marquel read and quickly glanced the squib in the Times that said,

“The Trump team’s emotions were raw over the weekend, Mr. Fleischer noted, after a mistaken pool report was sent to the rest of the White House press corps, claiming that Mr. Trump had removed a bust of the Rev. Dr. Martin Luther King Jr. from the Oval Office.“

Not entirely untrue, learned Marquel from his secret service buddy.

“There’s just been an epidemic of vandalism and pilfering at the White House,” said Buddy.

“Well speaking of busts, every bust in the building, including the MLK, has had the inscription removed and replaced with “Donald Trump.” Even the busts of Mary Lincoln, Eleanor Roosevelt, and Dolly Madison. But neither new bust of Barak or Michelle  were touched.”

Marquel considered this. “Any suspects?” He asked.

“It wouldn’t be fair for me to say,” Buddy said.

Two can play this game, thought Marquel. “Any evidence at least?”

“It’s funny. We’ve got cameras all over. But every time we made out the form of that kid that follows trump around.”

“No no no no no,” insisted Buddy, “that’s not his son. His son’s very nice. This kid just wandered in and with that pitiful expression nobody wanted to send him away. He has his own room now and all the Trumps treat him as if he belongs.”

” Nab Lep?” Buddy asked, astonished. “That’s what they call him, by the way, Lep. The word’s out . Hands-off Lep. Anyway that wouldn’t solve the larger problem.”

Hmmm, I wondered. “What larger problem?”

Buddy’s eyes bugged out. “The massive pilfering and petty vandalism.”

“Well, when the MLK bust was supposedly moved, nobody noticed that the bust of Hamilton was completely gone.” Explained Buddy.

“How could they get it out of there?” I asked.

“That’s the problem,” said Buddy.  “Everybody here has to be x-rayed. Except for the first family.”

I put on my Sherlock Holmes hat. I love wearing that hat and asking questions. “Anything else?” I asked.

“I interrupted, “you get a prostitute.”

Buddy jumped. “Did you work for Trump towers?”

“Only indirectly. I was among those you got if you dialed that number.” I said.

“Wow. Trump Towers, huh? That’s the top of the profession.” He said, admiringly.

We parted. I had to stand back as the Trumps headed towards the helicopter to take them to New York. I heard him say something about going to see “the play.” To which Melania said, “tickets.” Trump pointed to a bulging jacket pocket and said clearly, “I’ve got something that will solve that problem.” And they went vertical.
***
By MARQUEL: The Costs of Trump-Branded Reality