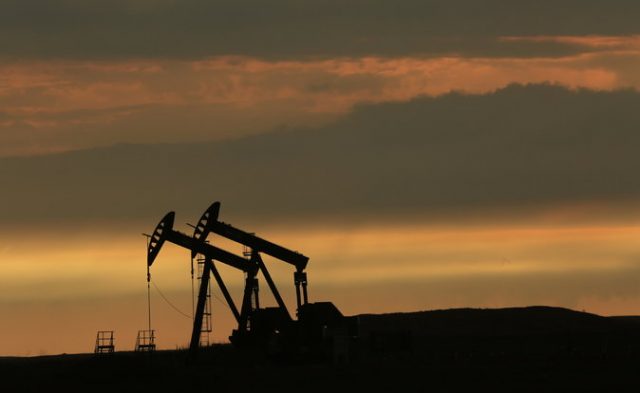 Fracking Has Not Had Big Effect on Water Supply, E.P.A. Says While Noting Risks, read Marquel, TPVs NYTimes No Harm No Foul Section correspondent. Marquel was surprised by The Times headline. It basically said few accidents so far. But the story and the report on which it was based says something quite different: our entire water supply, and of course, our economy, is at risk, and by the companies who brought us every past ecological disaster.

Marquel decided to rewrite the headline, preparing for the day when he would be the Times Editor in Chief.

That’s a bit closer. But why did the Times choose such a benign headline in view of the article’s substance. Marquel had no choice but to visit the Big Office.

“The headline says fracking isn’t bad. The article says it is. How come?” Asked Marquel.

“That’s a journalistic choice. If you’ll notice, there are really two stories. One says fracking hasn’t hurt us. The other says it will. How to tell two stories at once?” He asked.

“You have a point. In journalism school they teach that the headline should capture the essence of the story.” Marquel observed.

“As you can see this one has two essences. Where’d you go to j school?” He asked.

“So how do you know what they teach there?” He asked.

“Lucky guess, I suppose.” Said Marquel. “I don’t think this story has two essence. It tells about how dangerous cracking is and then noted that so far the danger had been mostly averted. But it says that about ten million people are close by each fracked well. And it implies that the danger will soon materialize.” I said.

“You and I read two different stories.” He said.

“I don’t think so. There was one story we both read. And there is another you totally imagined. Let’s say it was a story about anthrax being spread all over the country but so far nobody’s encountered it. Is the story that nobody’s died…yet…Or is it that they almost certainly will? Should the headline read, “anthrax spread all over U.S.” or should it instead cryptically say, “Nobody’s died of anthrax yet?” I asked him.

“I’d say that there’s two stories there.” He answered.

“Well then you should forget your essences and just summarize the story from now on. Who What Where When. That’s it.” I argued.

“That sounds familiar,” he added.

“Oh but I do. I’m the Times correspondent for TPV. I have to know that.”

By MARQUEL: Frack U