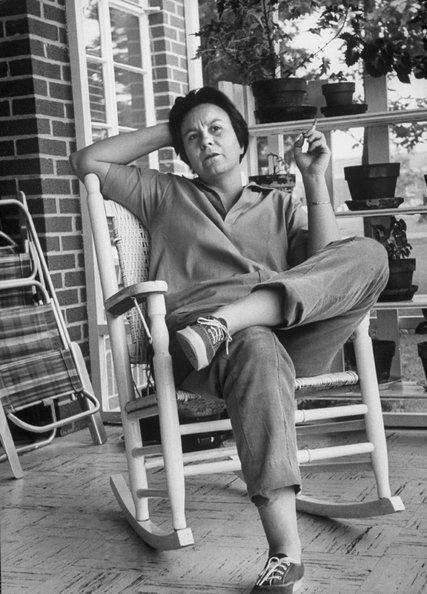 Marquel, TPVs NYTimes Ghosts and Phantoms Section correspondent, was praying for a happy ending, when he read Harper Lee’s ‘Go Set a Watchman.’  This little unreadable book has set off a firestorm in truly diverse areas. Now that Atticus Finch turns out to be a secret KKK supporter, courts all across America have become besieged with applications for name changes. Three generations have saddled their children with the name, “Atticus,” and now they all want to change their names to “Booth” (more on that later).

Marquel went to the only book store left in New York City and perused the two racks of books, the only ones on sale. He realized that publishers had found a way to capitalize on their older best sellers.

There was a copy of “Dinner On  the Bowery,” the sequel to Truman Capote’s Breakfast at Tiffany’s. The publisher claims to have found the manuscript tucked under the pillow upon which the deceased Capote’s head rests in its coffin. Apparently it took a court order. In this tome, a sequel to Breakfast, Holly, heavily overweight and dressed in rags, wakes up on the street, the Bowery, and weaving down the sidewalk, approaches three men and five women, offering the “best sex they ever had,” only to be rebuked by all eight potential Johns and Janes.

She goes into a bar where she finds Paul, the striving writer from Breakfast, already on his third Thunderbird. To pay for a fourth, he shows the bartender a letter from “Go Greek Productions,” which specializes in anal hard core porn movies, promising that a check for $250 is on the way, and asking about his next three manuscripts, each of which can be filmed “in less than an hour if we can find the right actors. We were thinking of you in a supporting role for an extra $50?”
Marquel put the book down and surveyed some of the other trash. One, purportedly by Steinbeck, entitled, “Of Hope And Shit,”catches his eye. Another “newly discovered manuscript,” it seems a sequel too. It starts in a hospital with Curly’s wife, whose neck was broken by Lennie in the earlier volume, confined to a full body brace and respirator for the last fifty years or so. She is very old of course, but the first scene has Lennie, who bears a scar in his head where he had been shot by George,  but recovered,  climbing between her bandaged legs and mounting her, while George is on the ground counting his coins, amounting to 37¢, over and over.

“Oh to be rich,” he says, while Curly’s wife moans, out of pain, but which further excites Lennie.

Another scene has George working in a slaughterhouse for pigs and cattle. Occasionally Lennie appears with a dog or cat he has befriended, and for amusement, they add the pet to the mix. Lennie pets the animal while it is shocked to death, and although he has done this dozens of times before, is always surprised and falls to the ground by the force of the electrical jolt.
Marquel is depressed. This is what people want? He asks himself. The series of “rediscovered” manuscripts is published by “Disillusionment Press,” and seems to be supporting the store. The books leave in droves of satisfied excited customers.
Marquel picks up, “Find Me Another Nigger,” another newly discovered manuscript, by Margaret Mitchell, of course. Scarlett, the protagonist, is older, but still determined. Her first boyfriend, Ashley Wilkes, was aptly named, because he is a cousin of John Wilkes Booth, who recovered from his wounds and had been proven innocent at a later trial, based on self defense. Booth had appeared in the middle of a crucial scene in Ford’s Theatre, and Lincoln, bothered by the noise, and thinking, in the darkness, that Boothe was black, shot him point blank to shut him up. Boothe shot back, more effectively. As Lincoln
enraged, was carried from the Theatre, he uttered an expletive, whence the title.The following scenes show Scarlett and Rhett, running a business to sustain their plantation, placing newly freed blacks in long term contracts as domestic servants all over the South in a desperate attempt to maintain the Old South as it had been. After each contract is signed, Rhett offers a similar expletive, whence the title again.
Marquel was, typically, depressed, but interested. This is what people want to read. Who cares who writes it? To Marquel’s accomplished literary eye, all three books were written by Truman Capote (while still alive) and had the literary worth of Emily’s List. He thinks.
But who cares. Even Marquel has used Emily’s List.