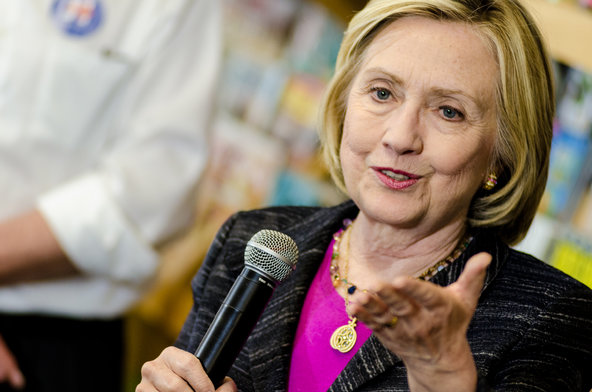 Here the TPV starts every seventh day, and here is how Hillary appeared out of the hole this past week:

On Monday, July 6, Hillary asked her team to find Greece on the map. She ate once at a Greek diner and she liked it.

Angela, your humanity is remarkably similar to mine.

On Thursday, July 9, Hillary learned how to play the sax so she can appear or Arsenio Hall’s show.

On Friday, July 10, Hillary received the Times’ editor for coffee and congratulated him on a job well done.

On Saturday, July 11, Hillary did a market survey and found that African-American people like Serena. She asked a staffer to write something for Serena Williams.

@HillaryClinton @serenawilliams proves yet again: anything is possible when you work hard, dream big, and never stop reaching. Vote for Hillary #Wimbledon

On Sunday, July 12, Hillary took a bath and a pill so she can wake up on Monday and start her routine.