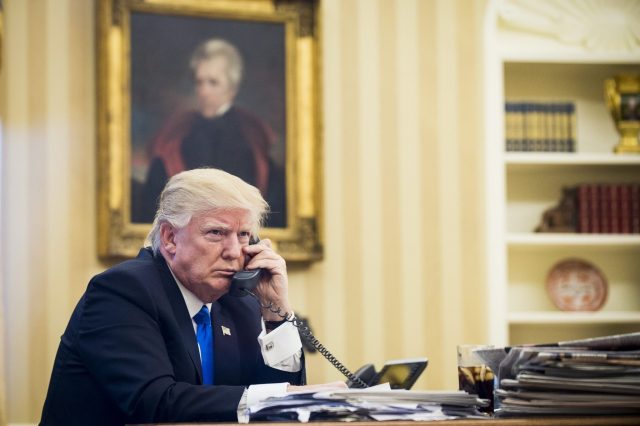 Trump’s blasts against the hated media flood out of his reptile brain like rising seas, for example:

The FAKE NEWS media (failing @nytimes, @NBCNews, @ABC, @CBS, @CNN) is not my enemy, it is the enemy of the American People!

And so on. The New York Times (which seems to be fairly thriving, by the way) has counted 41 of these during the 100 days from his inauguration through April 28.

As the firestorm over FBI Director James Comey’s firing reached blast-furnace temperatures, enter poor Sean Spicer to reinforce the theme that the “enemy of the people” has been missing the real story: “that our national security has been undermined by the leaking of private and highly classified conversations.” At the same time, according to The New York Times, Fox News hosts were airing “stories about the Clintons’ charitable foundation — the Fox News equivalent of a greatest hits reel.”

In the bunkers of paranoid regimes, it’s a rule of thumb that the enemy always lurks. Paired with that one is a second: that the enemy would be lost without a fifth column.

A topic of heated dinner-party discussions these days is whether Trump’s eruptions are (1) uncontrollable outbursts, (2) arousal calls to his base or (3) a strategic attempt to cow his enemies. This is a close question. In varying measures, all three might be true, though I lean to (1) and (2). Intention doesn’t matter much. (It’s not clear that Trump is capable of holding on to what in other people might be called “intentions” for more than 30 seconds.) The fury of the obsession is what counts. You don’t have to go full Freudian to understand that the fixation is a clue to the mentality of the fixer — his fears and his animus.

In the bunkers of paranoid regimes, it’s a rule of thumb that the enemy always lurks. Paired with that one is a second: that the enemy would be lost without a fifth column. This term has become a staple of the right. In a superficially architectural reference, Trump knowingly alluded to it in his remarks to the CIA in Langley on Jan. 23, saying: “We won’t have columns. You understand that? We get rid of the columns.”

Columns, columns everywhere. No wonder Trump and his drum-beaters are agitated. Indeed, Trump and his Vortex loyalists have tracked the fifth column to the interior of the swamp: “the low-life leakers.” In one tweet, Trump declares:

The real scandal here is that classified information is illegally given out by “intelligence” like candy. Very un-American!

So one current Trumpian theme is that newly appointed special counsel Robert Mueller has more important work to do than look into Trump-Russia connections. One go-to commentator, former FBI assistant director and former New York City FBI chief James Kallstrom, airily waves away any notion that there would be anything wrong with hypothetical Trump collusion with Russian operatives. “This is a foreign intelligence investigation and collusion isn’t actually a crime,” Kallstrom said on the FOX Business Network. “The fifth column certainly is doing a good job of keeping it the talk of the town, but what about the thousands of people that were apparently unmasked” when the names of Trump campaign or transition team officials showed up in transcripts from surveillance of other targets? In Kallstrom’s opinion, “the unmasking could be one of the biggest scandals ever in the United States.”

In March, Kallstrom was already warning that Clinton and Obama termites had burrowed into the White House:

The Clinton people don’t leave — they don’t leave until they’re actually physically forced out of the building. For this group here, that’s part of this fifth column, [you] have to blast them out with dynamite. They’re going to do everything humanly possible to make the Donald Trump administration very difficult.

As for President Obama, Kallstrom said, “Obama handed Trump a basketful of hand grenades with the pins pulled.”

One mark of paranoia is metaphor inflation.

Before his untimely death in January, the late, great investigative reporter Wayne Barrett devoted one of his last reports to Kallstrom, who he said “has, like [his confidant Rudy] Giuliani, been on an anti-Comey romp for months, most often on Fox, where he’s called the Clintons a ‘crime family.’” In Vortex Country, Kallstrom is not a leaker, or party to leaks from present-day FBI agents — he’s a hero.

Meanwhile, Trump’s hard-core supporters are said to be hanging tough, tuning out Comey’s firing. For them, cognitive dissonance meets feel-good, and they have more urgent concerns. What, them worry? This from the AP:

“I tuned it [the Comey matter] out,” said 44-year-old Michele Velardi, a mother of three sons, during a break from her job at a Staten Island hair salon. “I didn’t want to be depressed. I don’t want to feel that he’s not doing what he said, so I just choose to not listen.”

But Trump’s handlers need, from a critical mass of their followers, more than a tune-out. They need a rally. Toward that end, they need an alt-narrative, a story of their own to make sense of the unpleasantness that gathers around them. The explanation of first resort is that the “very, very dishonest press,” and its fifth column allies, are pumping them full of toxic untruth.

So, for example, President Richard Nixon on Dec. 14, 1972, chatting in the White House with Henry Kissinger and Alexander Haig:

(By the way, haven’t times changed? Trump can’t be bothered about professors.)

On another occasion, Nixon told the chairman of the Joint Chiefs of Staff, more colorfully:

The press is your enemy. Enemies. Understand that? … Because they’re trying to stick the knife right in our groin.

Such talk was infectious. During Nixon’s five years and six months in office, Henry Kissinger, perhaps trying to show his boss he was a worthy lieutenant, got the FBI to wiretap his aides, hoping to plug leaks. Transcripts of Kissinger’s tapped phone conversations, released to the public in 2005, showed

Kissinger…castigating a Women’s Wear Daily columnist for making unsubstantiated innuendos, promising not to reveal polling data which he then immediately discloses to someone else, and instructing the head of the joint chiefs of staff to “just fire somebody” over a Pentagon leak.

There was a limit to Nixon’s solipsism. He knew that some of his utterances would make trouble for him if they were made public. He had enough of a grip on his impulses to keep his little homilies secret, though he must have thought they mattered for posterity, for he recorded them. By contrast, Trump, as Matthew Yglesias wrote so well last week, doesn’t cover up so well — doesn’t think he needs to — not because he is childish (he’s much worse than that) but because he has lived a life of impunity. “When you’re a star,” as he famously told Billy Bush, “they let you do it.” “It” covers the waterfront, from forcing himself on a woman to insulting his real and imagined enemies. From his chats with New York tabloid gossips to Howard Stern, Trump’s big mouth has carried him onward and upward for decades.

The alt-narrative reached a crescendo last week. Here, for example, is Rush Limbaugh featuring the fifth column, the “administrative state” previously pinpointed by Steve Bannon as a body-snatching monstrosity:

We are watching a silent coup here to oust a duly elected president, and this coup is being mounted by career government people who can traffic anonymously and who are protected by people in the media and within the Democrat Party.

Tea party activists across the country tell Breitbart News the mainstream media, with help from “deep state” bureaucrats, is doing the work of the Democratic Party in an effort to undermine the political agenda of Donald Trump, the duly elected president of the United States. “This is an all out assault on our republic by the media,” Joe Dugan, founder and executive producer of the South Carolina tea party Coalition Convention, tells Breitbart News.

And not least, here’s Sean Hannity to his 2.485 million viewers on the need to “fight back” against the “alliance of haters” a phrase that doesn’t quite ring like “axis of evil,” though Hannity does insist that this threat “is real, it is metastasizing, it is only going to get worse”:

“The destroy-Trump media is one of five powerful forces aligned against the president. They are joined by the destroy-Trump Democrats, the Washington deep state establishment, weak establishment Republicans and never-Trumpers. It is time to fight back against the five powerful forces that are now aligning to destroy President Donald Trump. Sitting back and doing nothing is no longer an option. Tonight, a call to arms.”

And speaking of never-Trumpers, The Gateway Pundit offers this: “DISGUSTING! #NeverTrumper Jeb Bush Piles on Trump During Media Onslaught.”

Hannity and Limbaugh have also been beating the drum for a crackpot, cocked-up Fox News conspiracy story, a fabrication to the effect that a murdered DNC staffer, Seth Rich, was assassinated for leaking emails to WikiLeaks. On Fox News, Newt Gingrich has joined them. As The Wasington Post’s David Weigel writes dryly, “Like Hannity, Gingrich confidently made claims about Rich that have not been proven and that the family has denied.”

As it has done since the Clinton administration, the Vortex will go on waving shiny objects (Whitewater! Vince Foster! Travelgate! Filegate! “Whitey!” Benghazi! Leaks!) to turn the tables on its enemies and distract from its own malfeasance, incompetence, idiocy and contempt for America’s crying needs. Trump’s approval ratings are still in slow decline — even among Republicans.

Vortex, beware. “Pay no attention to that man behind the curtain!” may be the least successful command in American history.

Todd Gitlin is a professor of journalism and sociology and chair of the Ph.D. program in communications at Columbia University. He is the author of 16 books, including several on journalism and politics. His next book is a novel, The Opposition. Follow him on Twitter: @toddgitlin.
***
Gitlin Takes Notice as Trump & Co. Put Out a Call for Plumbers 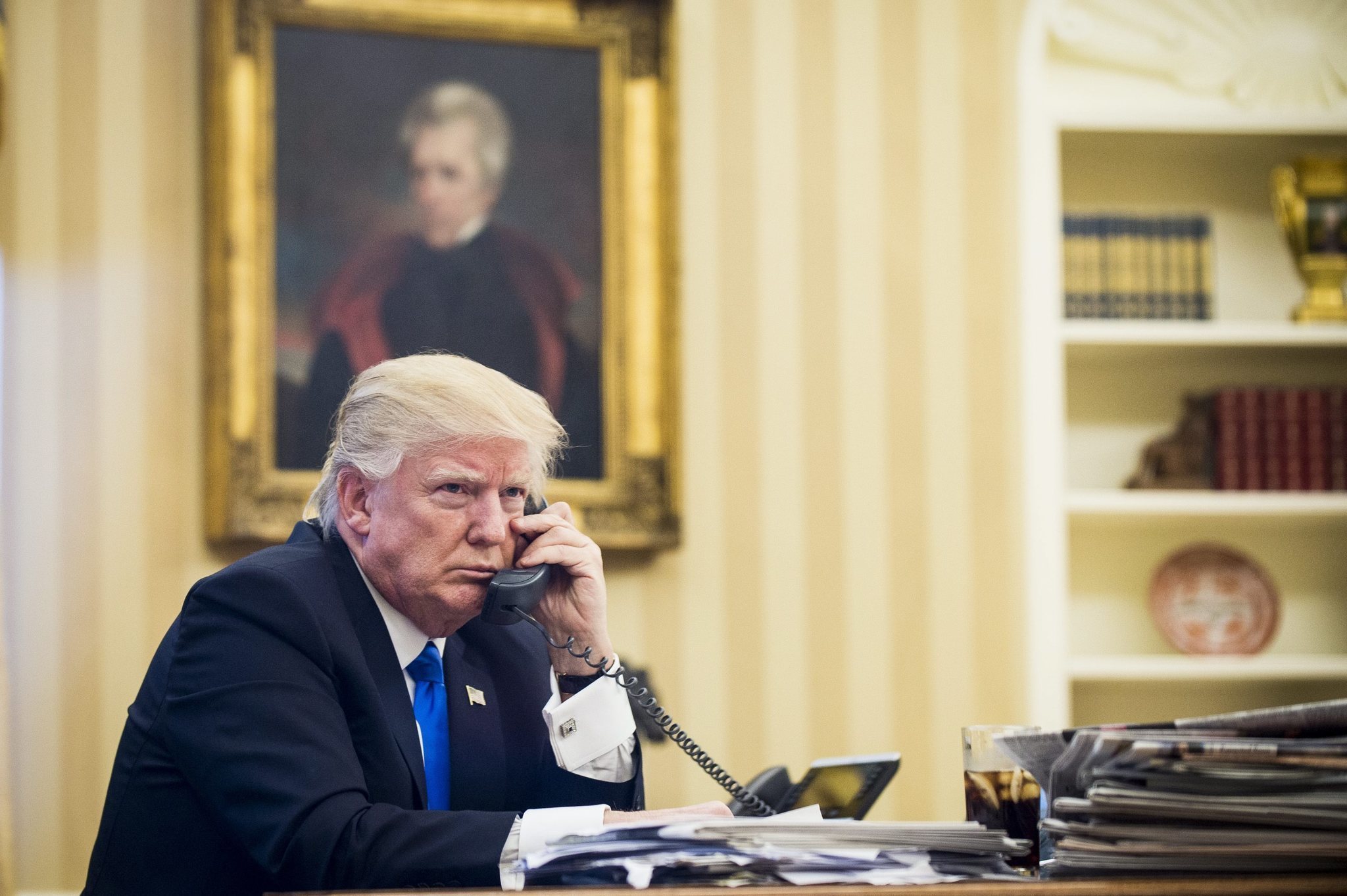