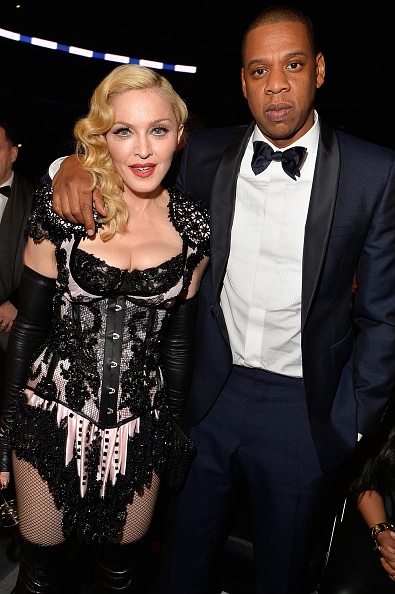 The best four moments of the 57th Grammy Awards were shockingly not related to music but to the people who brought us atonal tonalities, aka amusical crap:

4. Kimye‘s hubby stage-bombed during Beck’s shocking Album of the Year win. An irrepresible feminist, Kanye wanted to give that Grammy to Beyonce because Jay-Z was probably asleep on Madge’s lap.

3.  Sia reminded us how much of a fan of the Adams Family franchise she is. 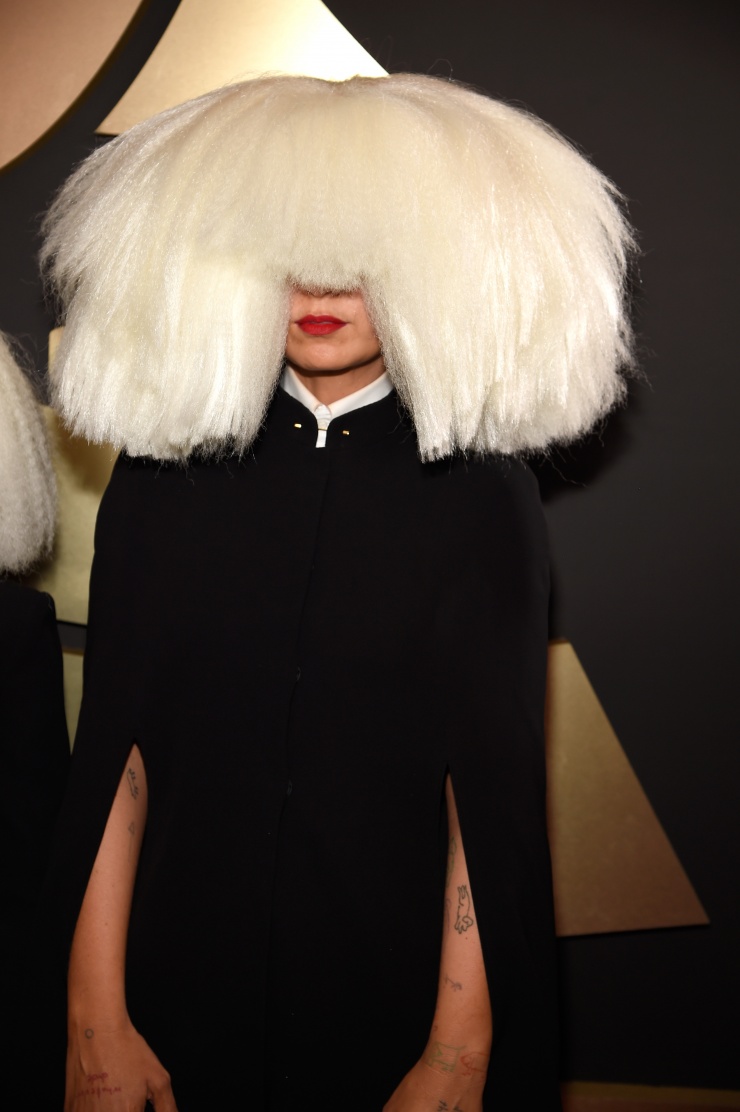 2. Lady Gaga‘s chaperon of the night, poor grandpa Bennett, was briefly in danger of becoming gaga seeing a nipple last night during a photo shoot. Luckily it briefly happened when he was yawning. 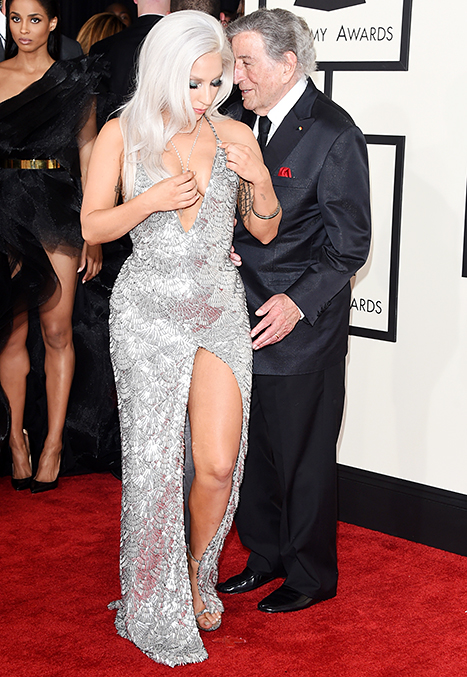 1.  Madonna showed us all her rump, and it did not cause any rumpus, being unappetizing. Stay cool dear woman! 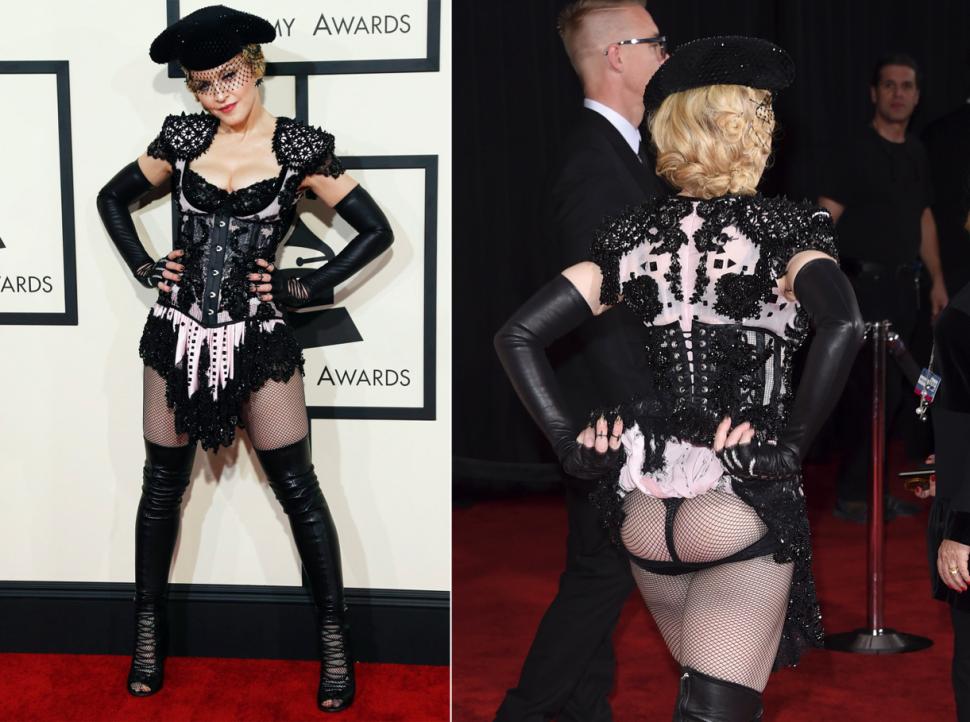