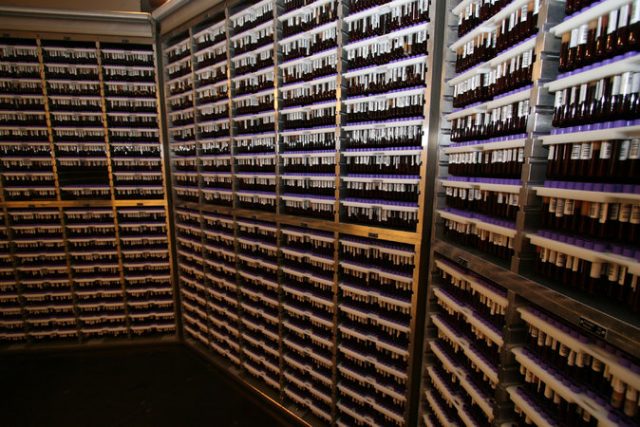 The results uncovered a host of previously unknown gene mutations that may play roles in ailments as diverse as Alzheimer’s disease, heart disease and gallstones.

The research was conducted in Iceland because, being such a small and ethnically uniform population, it was comparatively easy to genotype virtually every resident. In fact, the number was so small that it was too small to gather statistically significant evidence. As a result, several dozen herds of reindeer were included in the tests. “We don’t consider that statistically invalidating since there were still more humans, or Icelanders, than reindeer,” said a spokesperson.

Marquel looked over the results and, although they were impressive, it didn’t seem that they would be useful except to Icelanders. He decided to speak to the chief statistician, Dr. Arns Hans Aarmussen.

“Doctor, the genetic marker with the greatest validity in your test is for a disease called ‘Day Night Blindness.’ I suspect nobody outside of Iceland suffers from this disease. What is it?” Marquel asked.

“You’re right. Outside the Arctic Circle it doesn’t exist. Even normal Scandinavians don’t suffer from it. But there are three Icelanders who have the disease. They are all reindeer herdsmen and because of the twenty four hour nights, they are unable to see when summer arrives when we receive a week’s worth of dim sunlight. To them, this could be lifesaving.” Said the doctor. “And it’s statistical significance is greater than seven digits.”

“I see,” said Marquel, “No pun intended. What about this next disease, ‘No Antibody Syndrome?’ What is that?” Marquel asked.

“That occurs in populations with no human contact. There is a family of Inuits in our far north. They are estranged from each other and live in separate igloos. They’ve never come in contact with others, or even themselves. They have no antibodies whatsoever. Confidence level, 6.75 digits.” He said.

“Isn’t that dangerous?” I asked.

“Oh yes. If they were to travel to Reykjavik, they would die within 24.7459 hours. So they stay in their igloo and hunt reindeer.” He said.

“Okay. Well, the next genetic anomaly on your list is ‘Reindeer Intolerance Disease.’ What’s that?” Marquel asked.

“It’s a kind of exaggerated food allergy triggered by a protein in reindeer meat. There is a male nurse in Reykjavik who has it, and surprisingly, a pilot for Icelandic Air who also is unable to eat reindeer meat.” He said.

“Well thank God the Inuits with No Antibody Disease don’t have it or they’d starve.” I said, thinking I’d show off my understanding of his data.

“That would be impossible. They have no antibodies. Even to reindeer meat.” He corrected me, with a smile.

“Of course. What was I thinking?” I asked, “What about this, ‘Reindeer Distemper Disease?’ ”

He stated to laugh but suppressed it. “That snuck in there because of the reindeer added to the sample group. Only reindeer get it. No need to worry unless you’re a reindeer. But it is significant to 7.25 places.” He erupted into laughter.

“That’s rather interesting, and lucky for us.” I observed.

“Unless you eat reindeer constantly. Remember those estranged Inuits. They have no antibodies. It could kill them. I’ll have to remember that.” He said, writing some notes in a ledger.

“Icelanders do not laugh often. The Danes think we are boring. Imagine the Danes thinking someone else is boring!” He erupted again. “But we do not joke much, it is true, and this laughing disorder may be due simply to lack of opportunity. Do you realize we have 32 words for snow, but there is no Icelandic word for joke? Any way, only one Icelander seems to have this disease,” he said, poring through the results. “In fact he seems to live in the same apartment building as I,” he observed. “I’ll have to look out for him.”

“Well there’s only one other genetic anomaly listed here. ‘Numerical Obsession Disorder,’ what’s that?” I asked.

“This poor man can do nothing but fiddle with numbers. It strikes only in darkness so it makes sense that it occurs in Iceland where it is pitch dark 11 months out of the year. It seems to be related to Icelandic Laughter Eruption Disease, because it lies in the same gene strand. But we haven’t had time to look into it. But it’s valid to at least 12 digits so we’re confident of the disease.”

“I’m glad you’ve done this. It’s a great service to Icelanders and reindeer if no-one else. Congratulations.” I said.

“Thank you. You’re the 1,373rd person to tell me that,” he said, erupting into inexplicable laughter.

I went over to Mufi’s to see if he had any reindeer specialties.