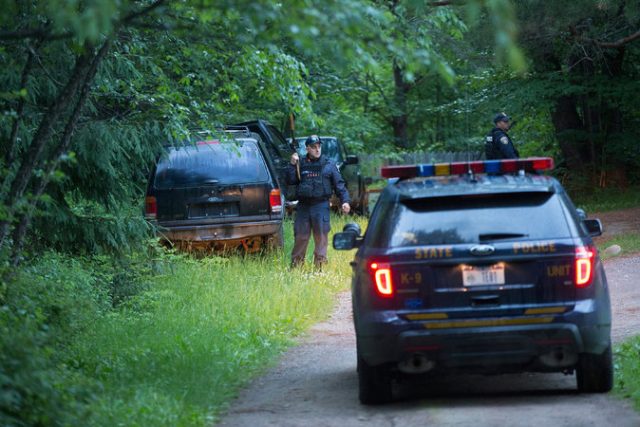 Officer Arrested in Prison Escape Is Accused of Exchanging Tools for Paintings, read Marquel, TPVs NYTimes Inside Outside Art Section correspondent. In a triumph for “outsider” art, the authorities have arrested a prison guard so taken with the artistic feats of at least one of the two escaped prisoners that she traded tools and other paraphernalia for the artworks produced by the prisoners.

The guard says she has “no professional training in art history or curating, but I know what I like.”

“Did you have any favorites?” Marquel inquired.

“Oh yes. Mona Lisa was my favorite. Her smile is so…I can’t even.”

“Well I don’t know about that Italian guy but I don’t think he could have done a better tracing than my prisoners.” She countered.

“Tracing? It was a famous oil with textures that make you frissonner,” Marquel said.

“No, these tracings could freeze your ass off they’re so…accurate, if that’s what you mean.” She said.

“No I meant that they would make you shudder with excitement, not freeze you. Anything besides tracings?” I asked.

“Oh sure, he did a really good one of this farmer couple in front of their farm, one holding a pitchfork with this really kind of gloomy expression. It was a masterpiece. Caught the mind set of a prison guard pretty well, I thought.” She said.

“Sounds like American Gothic to me,” I said. “Was it oil?”

“No it was a photo. He’s really good at photography, even with a five year old I phone. I think he stole it.” She said, laughing uncontrollably so the fat jiggled under her jaw.

“So he just took a phone photo?” I asked.

“Well good photography has to use light the way a painter uses oil, and these prisoners know their light. And composition. I can’t even….” She said.

“So in exchange for this ‘art,’ you helped spring them.” I suggested.

“Well I can’t talk too much about that, cause of my lawyer. But I’d do anything for art. I mean I’d kill for it. It’s my life.” She insisted.

“Well it certainly raises important issues going back millennia to the ancient Greeks.” I said.

“But was it art?” I asked.
She looked at me with a suddenly nuanced expression, pointed a finger, and said, “go ask the Greeks.”
She had me there even if I gave her the opening. Life is like that. So is art.
***
By MARQUEL: Inside Outside