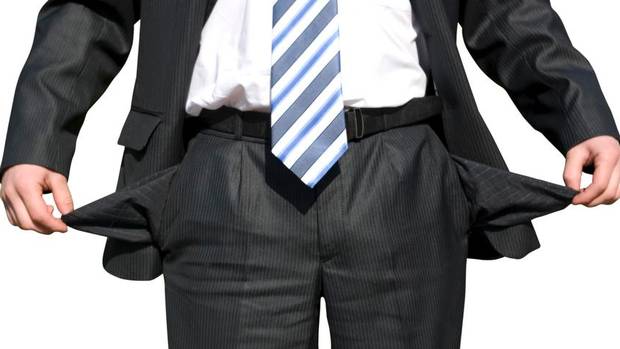 They have to pay almost $700 million to the victims of terrorist attacks committed decades ago. Marquel wondered where the money would come from and more importantly whether it would come at all. Do terrorist groups really pay damages? If they do and tort damages, as they say, make the plaintiff whole, what are they always whining about? Maybe that’s unfair, thought Marquel, but still this seems unheard of.

In the U.S.the Federal Tort Claims Act makes the government liable like a private person to those it injures, like a postal truck running over a pedestrian. Does this make terrorist attacks like post office injuries, mere accidents, or maybe a form of going postal? The Palestinians went postal, and we want some dough.

The plaintiffs say, however, that money is the lifeblood of the P.A. They sort of imply that we could beat the war on terrorism by suing them to death. Whining or not, Marquel simply didn’t believe that.

Marquel contacted the Authority and asked how it would deal with this. He was surprised when they invited him to their next board meeting. Not being able to make it to the Middle East this week, he arranged a Skype hookup.
As the meeting began Marquel was surprised at the businesslike nature of the proceedings. Everything was done according to Roberts Rules, and except for the occasional prayer, when everybody dropped to the floor and faced East, it could have been a meeting of U.S. Steel, Ford, or GM.
My interpreter was Mufi, who runs a special restaurant in Chinatown but once worked at the UN as a simultaneous translator. He was good. But his noodles are better. He sometimes ran ahead of the speaker, a “special trick”, he said, that he learned at the UN

“When you know what they’re going to say because they’ve said it so many times before. Like the WMDs in Iraq. And civil rights in China.”

The legal case occupied most of the meeting.

“How will we pay this? Do we have that much?” Asked one.

Another, who seemed to be the CFO, said,

“we’ve examined this. We will have to cancel four tunnels under the Gaza border, and abandon two terrorist attacks in Jerusalem, one in the Golan, and another in Tel Aviv. There’s no way we can pay this and pay for those operations.”

“Let’s just ignore it,” said another burly member who pounded the table.

“We can’t do that. It violates all the rules of accounting and doesn’t comply with the rules of due diligence. I could lose my license.” Answered the CFO.

“Couldn’t we raise the money as a side project?” Another asked.

“What does that mean?” A woman delicately but firmly asked.

“Like what? Do we have others?” Asked the woman.

“The atom project has always been a special project. It is funded by specific plans that raise money.” Said the chairperson.

“Yes,” said the CFO, “I have run several models for that. It would take three years. Four good hostage takings and some civilian kidnappings could pay for most of this, especially if we could reach a settlement. I am including the possibility of additional liabilities that would be involved. You can’t get a good ransom without proving your seriousness by killing a few first.”

“Can we wait three years before paying?” Another woman asked.

“The appeal will definitely take that long so we have time.” Said another who appeared to be the chief legal officer.

“What happens to our budget meanwhile?” Asked the first woman.

“No matter what, we have to cut back ten percent until the special project starts producing revenue.” Said the CFO.

“What will we cut?” Said the woman, “we’ve already cut salaries, and heating, and residential reconstruction. What’s left?”

The CEO spoke. “Infant nutrition has provided a margin. If we cut that by say 75%, we could manage for a year. By then I hope we have more coming into the special fund.”

They took a vote. The cut passed, the special project was established, and the board appeared satisfied. Mufi and I looked at each other and agreed silently we’d seen enough. We ended the Skype and thanked our host, who seemed somewhat uncomfortable.
I went back with Mufi to Chinatown where his sous chef had held the fort in his absence. Mufi tasted this and that and nodded. The sous chef looked honoured and about to faint. Someone brought him cold water.
Mufi and I were silent. It didn’t look like this verdict was a step towards peace. Money may be the lifeblood of terrorism but terrorism brings in money. I’m not sure the plaintiffs ever thought this through. Or maybe they didn’t believe it themselves. Maybe it’s just another tit for tat in the long grinding Middle Eastern pursuit of vengeance.
[embedyt]http://www.youtube.com/watch?v=dpWmlRNfLck[/embedyt]
***
By MARQUEL: Money, What Is It Good For?