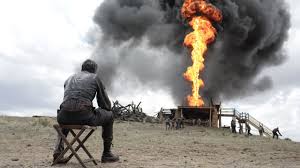 Marquel, TPVs NYTimes Unheard Congressional Speeches Section correspondent, was drinking a Guiness with his fish and chips breakfast when he had a brilliant idea.

Consistent with TPVs policy of reviewing entertainment events without the prejudice that inevitably follows actually seeing or listening to the event, Marquel decided to review Netanyahu’s spectacle before it was delivered.

Netanyahu first discussed the Palestinians, whom he identified as

“those swarthy people of the desert, as well as all those Jews who disagree with me.”

He stated that the West Bank settlements were perfectly legal

“because they were built for Jews, not Palestinians, whether reform conservative or orthodox.”

Bibi’s break with the orthodox was surprising because they form the largest part of his base. Instead, he declared himself “the only legitimate son of God,” and urged his followers to “throw the money changers out of Iran.”

“The hand of Bibi is swift” he said, and urged the U.S. to invade Iran before God punished the world for its failure. “And believe me,” he added, “I will not be afraid to do so.”

As to his relations with the U.S.and president Obama, he pointed out that Obama was “unlike you and me,” and that relations between the two countries would not be hurt by Obama‘s “brief tenure.” He added that Israel U.S.relations had survived

“that peanut farmer and also the actor who could never remember even his own name. You know, the one with the fegela son.”

Congress rose to its feet and gave the Israeli a standing ovation when he said that,

“before the U.S.there was Israel and before George Washington was Moses and after them all, here I am. I am your friend. Please, when you invade Iran, be careful where you aim. We are right next door.”

He emphasized that Israel was like a tired farmer, working night and day to feed the world the truth.

“The truth is, we’re too tired to invade Iran. Couldn’t you do it for us?”

The second standing ovation occurred when he addressed America’s Jews:

“come to Israel. This is not your country. We have falafel and stuffed grape leaves and billions of dollars in American subsidies every year. America will be very happy if you leave to live in Israel. The second coming is upon us and I am finally arisen.”