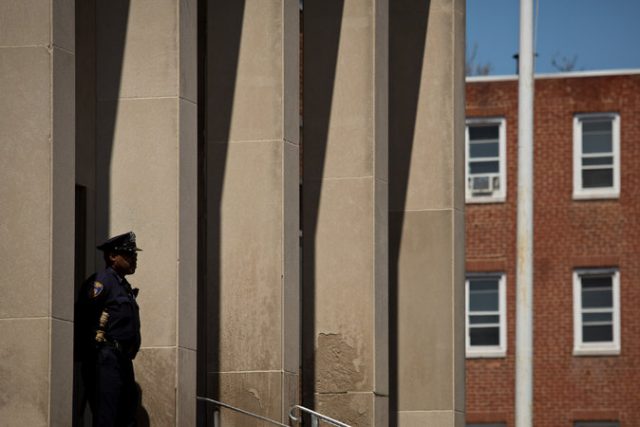 “We can still arrest anyone we want. But now we can’t always shoot ’em. Or even find them a bumpy ride. Or shoot 41 times and miss. That was fun back in the day….” complained one NYC cop.

Marquel wasn’t even surprised. Any New Yorker knows that organized crime here doesn’t mean la Cosa Nostra nor the Cali Cartel. Organized crime in NYC means New York’s Finest, the NYPD. Now they are bemoaning the possibility that they may be indicted if they shoot un unarmed toddler 57 times.

“What’s the point of being a cop if you can’t shoot people?” Asked the same cop.

“You can still shoot if you’re in imminent danger,” Marquel noted.

“Do you know how scary that is?” Asked the cop. “The point of being a cop is you can choose someone to shoot, someone you don’t like maybe, or maybe just a stranger to show who’s who. Being in imminent danger ruins all that. This is going to destroy policing.” He said, while spinning his revolver around his index finger.

“There’s go to be more to policing than that.” I said.

“I’ll bet you can still speed wherever and whenever you want.” I said encouragingly.

“Gone. So is interstate courtesy. They’ll arrest us for claiming it or even putting a police card near the windshield.” He complained.

“Let’s face it,” I said, “to do this they have to have police to enforce it. There’s no cop who’ll do this to another cop. And you have your union.” I commiserated.

“They have special squads just to get us. And the union caved. We’re supposed to get thirty days of guaranteed silence if we’re nicked. Now we’re treated like everyone else. And that’s the DA, so he’s not likely to bend the rules.” He whined.

“So you call it bending the rules. But they’re not really bent for you, they’re thrown away.” I said.

“Yeah and sometimes cops get arrested,” I added.

He was suddenly angry. “Cops don’t get arrested. That’s part of the deal,” he retorted.

“I guess the deal is changing.” I observed.

“Oh yeah? You know what else USED to be part of the deal?” He demanded.

I stayed silent. I didn’t need an angry cop. Who does?

“The part where we arrest bad guys.”

That’s an important part, I thought, but I still felt I was being extorted. By la Cosa Nostra.