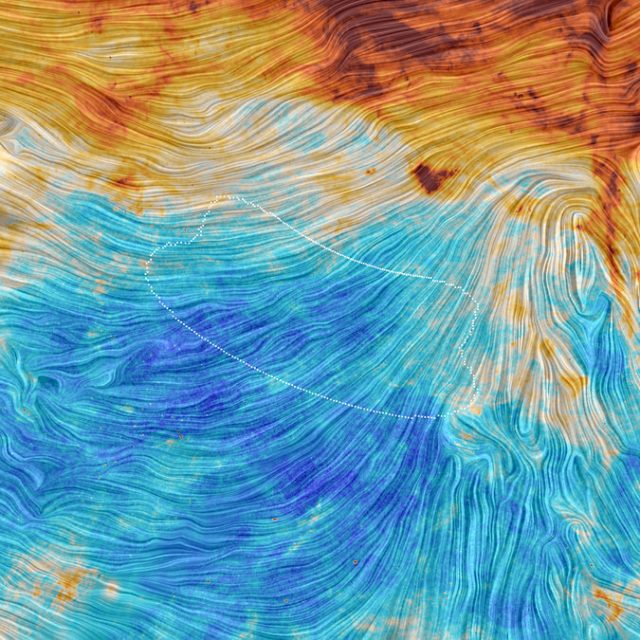 A team of astronomers, after saying last spring that they had found long-sought evidence for what kicked off the big bang, now concede that more work is needed. A particular corkscrew pattern, said the scientists, that characterizes the Big Bang theory, can also be caused by dust. Back to the drawing board, they said. But why, asked Marcel, why not investigate dust?  It’s all over my house and, it seems, overshadows the Big Bang theory as far as everyday problems are concerned.

Marquel met with several astrophysicists and asked why they were giving up on dust.

“Well we’re pretty sure that dust didn’t cause the universe,” they said.

“Well let’s put it this way, were you pretty sure that the universe was caused by the Big Bang when you started?” Marquel asked.

“Not at all, we were all excited to investigate and prove it or disprove it.” They said.

“Well then, why not investigate dust? It seems you have about the same level of confidence in dust as in the Big Bang.” Said Marquel.

“The dust theory, I should say your dust theory, lacks a structural hypothesis. No publications suggest it. And except for you, nobody has suggested it.”

“But I saw it in your pictures in the Times,” I said. “You’d have to be blind. There it was, at the beginning of time, dust! That seems like a damned good basis for experiments. And there are, contrary to what you assert, good publications to support this theory.”

“That’s because you’re blinded by science.” I said. We all started humming and revealed our ages. “What about ‘dust to dust, ashes to ashes?’ “

“The Bible?” They asked.

“Best selling publication in history. In fact I always tailor my writing to it. Thou hadn’t noticed?” I asked.
There was silence. Confusion reigned. “Look,” I said, “I’m no bible thumping person. In fact I think religion and God are shit. But here we have an observation, admittedly from the bible, that was made thousands of years ago, that seems to support the dust theory, as you put it. Why not pursue it? The world started with dust.”

“But we need a hypothesis. Okay, you’ve got dust to start with. Where did everything else come from?” They said in unison.

“From dust!” I exclaimed. “Do you ever do housekeeping? You vacuum and vacuum and vacuum. Then you dust and dust and dust. Spotless. Right?”
They nodded together, I have to say fearfully. Maybe they sensed where I was going. They were scientists, true, but they may have been bright as well.
“Now what happens the next day?” They stared at me attentively. “More dust! The house is covered with it. You start with some dust in empty space, as you correctly observed and you attribute it to an artifact, experimental error. But it’s staring right back at you! No big bang, household dust. You can’t stop it. It expands and soon you have galaxies and Suns and planets.”

They looked at each other, then at me, and said, “that’s nuts.”

“Oh yeah, then how do you explain the deflated Patriots balls?” I asked. “It wasn’t the Big Bang was it?”

Once more in unison, “Certainly not.”

“But it could have been dust. Where were the balls stored? In a box. A cardboard box. Imagine the dust. Where was the box put? In a closet! Can you imagine a method designed to attract more dust? You physicists should be looking for a more unified theory, the kind that Einstein devoted the entire last half of his life to. A theory that would explain the universe, dust, and deflation rates. I’ll bet the central factor is dust. Wake up.” I lectured.

“Well, it was nice talking to you,” they said.

“Thou, too,” I said, walking out of the lab and walking home, snapping my fingers and kicking up some dust.
***
By MARQUEL: One Step Forward, Two Steps Back…in the Dust