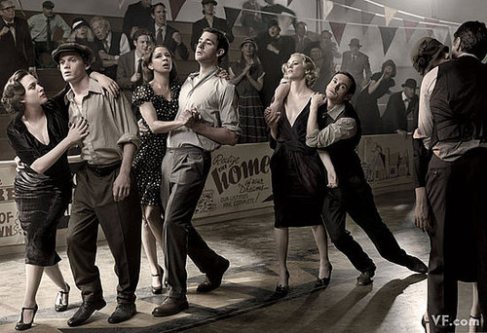 Marquel, TPVs NYTimes Double Standard Section correspondent, was making dinner when he read Test for U.S. Shift on Cuba Is Whether Rights Improve. President Obama’s decision to restore full diplomatic relations with Cuba will be tested by whether Cuba honors promises to release political prisoners and to allow improvements in Internet access.

Marquel was excited for the Cubans. Instead of just being bored, they could be bored on the internet. But the article went beyond mere internet entertainment. The U.S.actually believes the internet promoted information. Like where Obama really was born or what kind of a coward Lt. John Kerry was fifty years ago when he beached his gunboat.

Not only that, but we now know the conditions under which Obama is really willing to treat the Cubans the way we treat every other Middle Eastern or African autocrat. Cuba, according to the State Department, has conducted:

For a second Marquel had kind of a reverse déjà vu. He had never heard of a country do any of those things had he? In North America? Surely not peaceful Canada. Marquel had to find someone at the State Department to explain why these things prevented normalization.
After the usual, standing next to the State building, watching the hot dog man with his hand to his ear, seeing the side door to the cafeteria open, Marquel met his contact, and they sat down to a Campbell‘s mushroom soup.

“Let’s go through this list. You’re saying if Cuba does any of these things it can’t be our friend. Right?” Marquel asked.

“Okay. First thing. Arbitrary arrests. Who does that?” Marquel asked.

“Anyone else?” Marquel inquired.

“There are other countries where it’s a problem. China, Russia, Argentina, Venezuela.” He said.

“What about us? How can we tell Cuba it can’t be our friend for doing what we do?” Marquel asked.

“What we do? We don’t conduct arbitrary arrests as a matter of general policy.” He said. He even shook his head to underline it.

“But we do it all the time. Remember the Republican convention? They arrested everybody, then set them free, acquitted them all, then got sued successfully by the protesters. Remember occupy Wall Street? Arrested hundreds, all acquitted, got sued, and lost for arbitrary arrests. Fella, do you know what country you’re living in?” I asked.

“So why don’t you change your demand to lawsuits for arbitrary arrests?” I asked.

“But we do that also! They have to keep suing because the cops can’t stop arresting.” I said.
He was silent, drinking his soup.
“Okay how about no fair trials? Don’t we have unfair trials all the time?” I asked. “We try people on trumped up charges and then make them settle for a lesser offense. Is that really a trial? Do you know that almost no criminal trials actually go to the jury? The DA overcharges and then settles with a terrified defendant. You call the trials of the cops who killed in Ferguson and NYC fair?” I asked.

“I’m sure they were. This is America.” He said.

“You idiot! They didn’t even have trials. No indictment! You don’t really think we have fair trials do you?”

“Why should Cuba be forced to have what we don’t?” I asked.

“Well we agree on one thing,” I said, “what about spying on private communications? Remember the NSA and Wikileaks and Snowden? You don’t really want to go there, do you?” I asked.

His ears were beet flaming red. He whispered, “Not really.”

I felt bad for him. He didn’t make the policy and he could see clearly it was a crock. I thought maybe I should leave free speech alone after Citizens United. We gave so much speech to money that if you don’t have it, nobody hears you. He wouldn’t get it. There was one more thing on the list. Internet access.

“Honestly I don’t get the internet thing. Is that really a condition of…What? Democratic? Open? Modern?Don’t we have so many problems because of the internet that it’s absurd to force the Cubans to embrace it?” I asked.

“I don’t let my kids use the internet. They play games and look at dirty pictures. I’m not in favour of it. I don’t know why we want the Cubans to have it. Maybe revenge. They sort of beat us for 60 years so maybe this is a kind of  payback.” I felt like I’d won him over. I wondered whether Fidel would be on Facebook. Would he be my friend? The thrill of my life, can you imagine. What if I could tweet Raul. What would I say? I guess we’re going to find out all these things pretty soon. I’ll cry for you, Cuba.
***
BY MARQUEL: They Shoot the Stupids Don’t They?