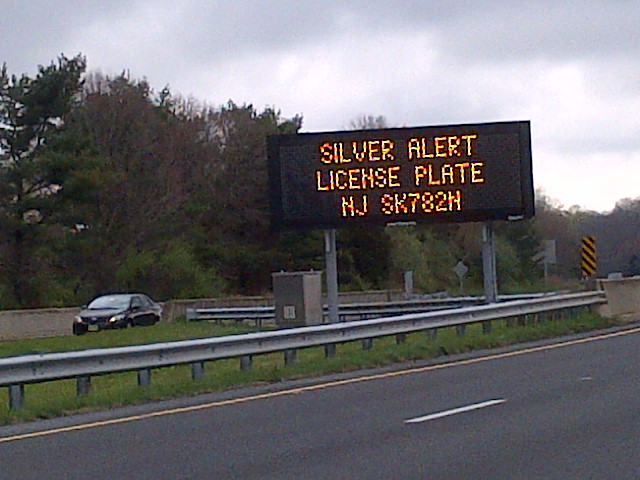 Marquel, TPVs NYTimes Retirement Alternatives Section correspondent, was trying to remember whether he had made lunch plans or not, when he lost all concentration and read Warning New York City to Prepare as Its Population Ages.

An increase in Silver Alerts, for older adults who go missing, highlights the need for the city to create programs and services for its aging residents, officials say. But as reported below, the problem may have more upsides than down.

Social Services is, frankly, confused. They get different signals from different departments and different directives from different administrations. Twenty or thirty years ago, when Silvers wandered off, the advice was to steer them towards politics. Their age, experience, and ability seemed a perfect match.

Ronald Reagan had wandered away, found where he had locked himself in a public toilet at the beach, and when LA cops were told to bring him to the Republican National Committee, American politics changed, perhaps permanently.

In New York, Sheldon Silver was the first Silver, in more than name, obviously, to be steered to politics. The First Bush was another Silver who wandered away but social workers gave up when he insisted on jumping out of airplanes.

“Sometimes politics isn’t always the best match,” said one of his caretakers, “but it usually works out.”

In 1960, Charlie Rangel was found diving into Harlem dumpsters. Declared a Silver Alert, and brought to the local precinct, they immediately ran him for congress and the problem was solved. His family says,

“Alzheimer’s is just a disease, not a death sentence.”

The same goes for John McCain who wandered away from home and was found outside the state prison trying to send Morse Code messages to the warden by blinking his eyes. Declared a Silver, he was located and put in the Senate for life. His family says the Silver Alerts are “a blessing.”

Dianne Feinstein was missing a few decades ago. After a Silver Alert, she was found climbing a tree. Brought down, the 81 year old senator says she does

“still enjoy whatever it is I do here.”

The numbers are increasing. Recently over five hundred Silver Alerts were found in the center of one tube of the Queens Midtown Tunnel, where they had sought shelter from an imagined WWII air raid. They were almost all successfully placed with the TLC as taxi drivers. The remainder became greeters at local Wal-Mart’s, where the city has a contract to take Silvers who don’t make it in politics.

A bailiff said, “they make just as good judges as the young ones who can see and hear the witnesses.”

Banking and finance are the latest fields to help out the Silver Alert system. Until 2008 or so, they saw great success bundling subprime mortgages. The Fed, too, agreed to take a Silver Alert named, Alan Greenspan, who was found in a church confessional trying to count the money in his empty wallet, a situation that was changed when he was appointed the Fed Chairman by another Silver Alert, Ronald Reagan.

Academia has profited greatly from the Silver Alert system. Lately, most New York Silver alerts have been taken to local universities and placed on the adjunct faculty list, “where they do as well as tenured profesors who actually average ten years older,” said a CUNY spokesperson. The mayor, too, has an arrangement with the Department of Education where Silvers now make up a majority, including the chancellor, 71 year old Carmen Fariña, a grandmother who wandered off several years ago and was found living in Rudy Giuliani‘s house, who thought she was

Giuliani himself became a Silver Alert after being a legitimate mayor when he wandered off and was found in Greenleaf cemetery, digging a hole and trying to bury himself. The Police have permanent directions to recover him in the future when he wanders, and bring him to Republican Headquarters, where a press conference is immediately held and Giuliani makes a statement. An aide says, “it makes no sense, but with Alzheimer’s he gets better with age.”

Doctors still haven’t solved Alzheimer’s, but they contend that in view of Silver Alert successes, “it might not even be a disease, just another stage of life.”

Medical schools, not having solved Alzheimer’s by traditional means, are getting ready to accept 10,000 Silvers to solve two pressing problems, the shortage of doctors, and a solution to Alzheimer’s.