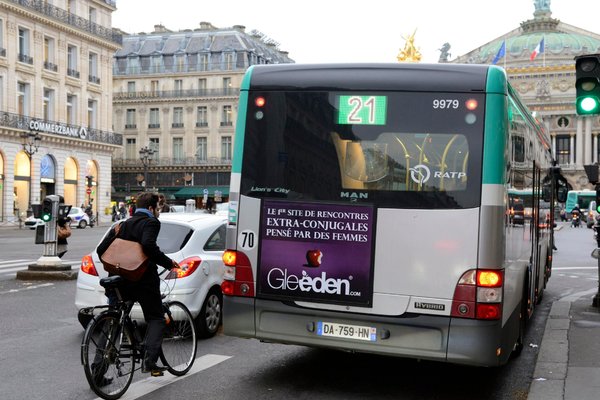 Marquel, TPVs NYTimes Foolish Consistencies Section correspondent, was renewing his membership at the Russian & Turkish Baths at 268 E 10th St, New York, NY 10009, when a friend tapped his shoulder and gave him this article to read: Extramarital Dating Site Unsettles the Land of Discreet Affairs.

They both giggled: A provocative advertisement for a dating website geared to married women looking for affairs has spawned a backlash and a national debate.

You know when a nation is scandalized when it’s France. Or do you? An app designed by women for women, French women of course, is at the center of a controversy about the morality or even legality of marital infidelity. Several French mayors point to an 1804 law that says marital partners owe each other fidelity. The app, they say, advertisements for which are posted in the back of municipal buses, encourages illegality.

This seemed like an ideal time for Marquel to do some on site reporting, as they teach you in journalism school, which Marquel never attended. Paris in the Spring. It’s a rough beat, but a journalist’s job.

Marquel roamed the 11th, a family arrondissement. There were several bistros where people sat with a coffee and a newspaper. But a Starbucks promised more English and Marquel decided to start out easy. Marquel asked a man sitting alone if he thought the ad going by on a bus was immoral. The ad said  “Gleeden, the first extra marital dating site thought up by women for women.”

The man just grunted. “It is, how you say, filling a need.” He then guffawed in French.

“But what if it were a man doing it?” Marquel asked.

“”No I mean the ad. If it were aimed at men looking for women, would it be different?” Marquel asked.

“How you say, eet is bullshit that distinction.” He said as his mobile rang. “I have to go,” he said, placing a few euros on the table.

“If I can be indiscreet, are you going to see your wife or another woman?” Marquel asked.

“Does it matter?” He asked.

Marquel repeated, “Does it?”

It was time to move on to the real Frenchies. Marquel wasn’t sure if his French were up to questions of sex and morality. But if it weren’t, it’s not French, he reasoned.
He asked a couple about the ads.

“Yes, we have seen it on the bus.” The woman said. She giggled and gave her partner a nibble on his ear.

“Can I asked you if you are married.” Marquel asked.

“Ah, oui,” they both affirmed. Marquel was at a loss. This could be delicate.

“Unfortunately, no.” The man said.

“So extra marital arrangements are part of life to you?” I inquired.

“They are part of marriage,” they both corrected.

Marquel had several similar answers from other tables.

He went to Notre Dame to find a priest. There were none there so he went into a confessional. Someone arrived, mentioned something about “mon enfant,” so I thought it must be the priest.

“It is quite immoral but quite common,” said the priest after saying he’d be glad to help me.

“And the ads, do you think that is worse?” I asked.
“Not at all. It appears in bad taste but I have had women go through hellish lives searching for someone compatible. So I have mixed feelings.”
Good point. I went to the Élysée. The president didn’t seem to be around but I spoke to a member of his Secretariat.

“This is old news. Look at our president. He fools around with married women and single women. I think this is just life.”

” What about Sarkozy who preceded him?” I asked.

“He was worse. And Mitterrand actually had two families, one married, the other not. This is part of French life.” He said.

“You mean the famous French liberalism?” I asked.

“No no no no no, pas du tout. I am talking of our famous tolerance. We will fuck anyone, married or single. And we expect them to do the same. Isn’t that the joie de vivre? Wouldn’t it be terrible if we discriminated against married women and only had relationships with single girls? What would that say about us? That the French are close minded and discriminatory?”

“So then why the fuss about the ad?” I asked.

“Oh ho,” he said. “What do you call it? A smokescreen? This is an opportunity for all the married men with girlfriends to make their wives proud. They criticise the ads, kiss their wives good bye, and both of them leave to be with their lovers. Ah, l’amour, c’est fabuleuse, non?”

I didn’t know whether that took another non, a oui, or perhaps a mais oui, or maybe even a mais non. But it seemed be was right. The French. No wonder Freedom Fries were named after them.
***
By MARQUEL: Voulez-vous …. avec moi ce soir