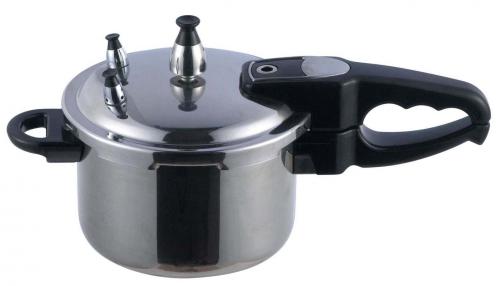 Marquel,  TPVs NYTimes Terrorist Culinary Skills Section correspondent, was taking a nap when he read Bomb Squad Destroys Pressure Cooker Near Capitol.  In a scene worthy of the Jerk, five different federal agencies blew up a pressure cooker, brand new,  all boxed up,  perhaps a present,   sitting in the legally parked car.  When asked why they did it,  a bystander guessed,

Marquel surmised that there was a slightly more,  if not truly,  rational reason,  seeing as how the Boston marathon was disrupted by two pressure cooker bombs. Later in the day,  things became more confusing.

Two families visiting Washington,  shopping at a mall,  had their purchases seized,  and three nonstick ceramic pans were destroyed by treasury agents.  That night,  the cooking section of Nieman Marcus was cordoned of by capitol police and all skillets,  pans,  and containers of more than one liter were seized and brought to a local bomb disposal center.

Marquel was left puzzled. Is this a war against terrorist bombs or against culinary tools larger than 1 liter?

“It’s called preemptive precautions.  We’re bringing the war to the enemy before they do it to us.” Said a TSA spokesperson.

“So more seizures of cooking equipment? ” I asked.

“Not if you’re using it.  The rules are don’t touch anything hot. But If you’re in the park and you’ve got a skillet,  or a large grill suitable for crepes,  or a waffle iron,  or a colander,  it will be seized.  It’s kind of the opposite of our airline rules. There you can’t take on liquids. In dry land you can have the liquids but not the container. Funny huh? ” He asked.

All through the memorial day weekend,  seizures occurred in Houston,  Chicago,  and San Francisco,  Detroit,  New York,  and Selma, Alabama. Over a dozen espresso machines were seized in each of those cities.  Several houses were illegally entered in Chicago and Cleveland,  where they’re used to it,  and all the cookware was seized as well as several Nespresso machines .
I was really pissed.  The US attorney told me,

“except for Cleveland and Chicago,  the special secret terrorist court authorized all these seizures.” He confirmed.

“Would it be possible to see one of these warrants? “I asked .

“By all those present. ..blah blah blah, ” it started,  then named the address with the constitutional specificity,  “anywhere within the confines of the state of California, ” and continued to authorize the “seizure of contraband such as,  but not limited to,  pots,  pans,  skillets,  coffee makers,  pressure cookers,  other cookers,  similar cookware,  whether traditional or nonstick, and other such items.”

“For good reason.  We didn’t start it.  They did.  What would the public say if we didn’t take the lead?  The public,  and the president,  expect us to be proactive.”

“So what do we do, stop cooking.  That means the terrorists have won! ” I complained.

“Not at all.  We have a directive here from the president,  and is also initialed by hillary. It says use paper plates and plastic implements,” he said.

“But that’s for eating.  What about cooking? “

It’s nice to know that precautions were taken and decisions were thoughtful,  but I couldn’t help question the quality of thought,  not just its existence.
***
By MARQUEL: The Pressure Cooker 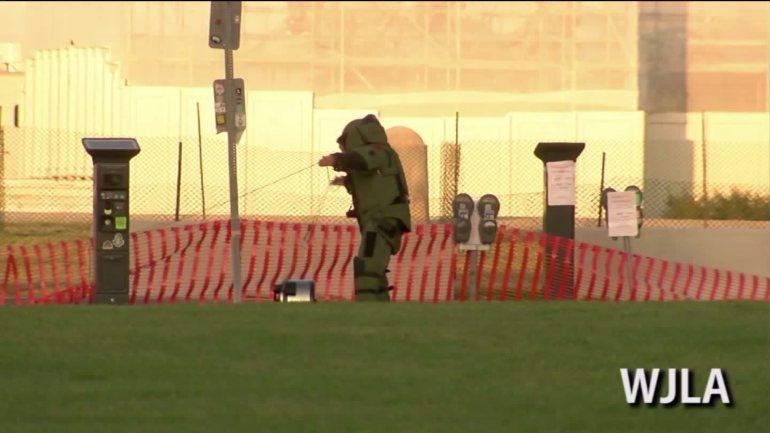