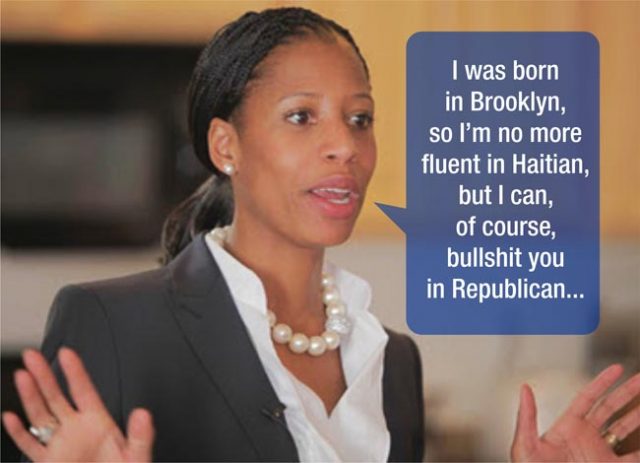 The Republican party’s love for foreign women was once again on display last night at the Republican National Convention (RNC). The recent events I have in mind are incongruent but funny when lumped together. Imagine Chris Christie of New Jersey rousing the crowd with his dystopian speech about a future America where only potato chip eaters can vote. Then connect Christie’s speech with a Republican delegate’s uncontrolled arousment which pushes him to throw nuts at an African American CNN camera woman while shouting the following English words:

This is how we feed animals!

Then, move forward to the daughter of Haiti immigrants, Mia Love. Mia is Sarah Palin in Michael Steele’s role. By trade, Mia is a former Continental flight attendant. By religion, Mia is a Mormon. By current occupation,  Mia is the Mayor of Saratoga Springs, Utah. But Mia’s Republican role is that of bringing optimism to a very stale political organization.

When Haiti is the standard, it is hard to fare worse. And this advantage gives Republicans a large margin to make insane suggestions and why not changes when their turn comes next. 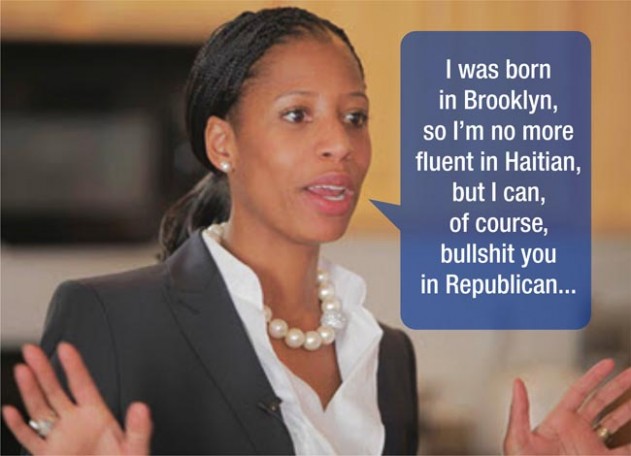 Gitlin’s View on Charlottesville: A Step-Up Moment for Leadership