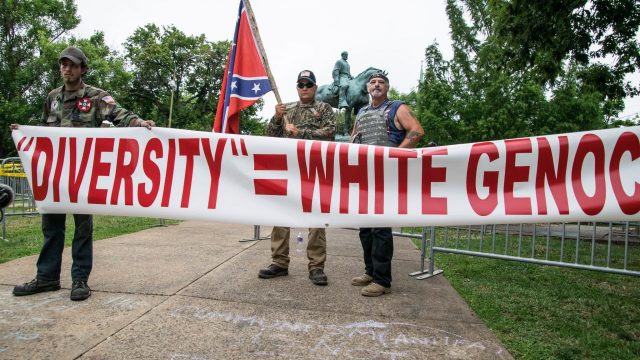 The fire that burns the length and breadth of American history has burst through a firebreak. 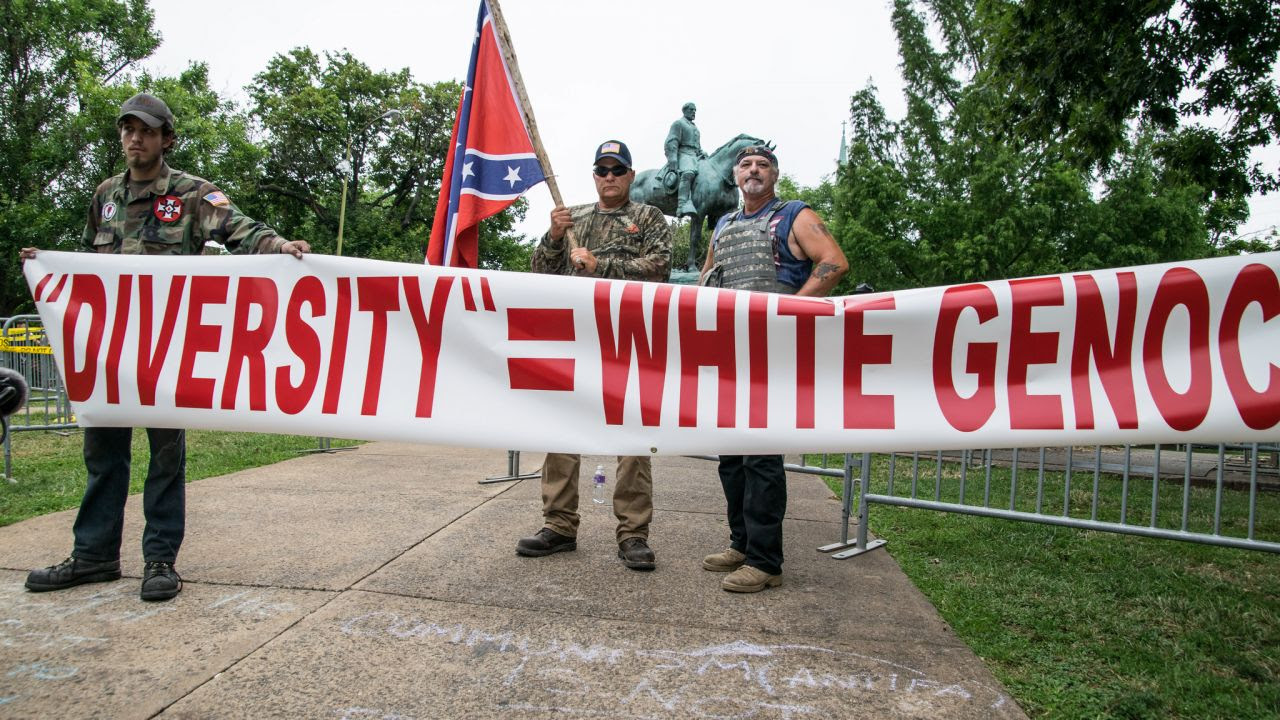 In the unceasing sequence of shocks that American life has become under the Trump regime, there emerge moments of truth when the whole social landscape flares up with infamy. Charlottesville on Aug. 12, 2017, is the latest, when what the BBC called “the largest gathering of white nationalists in America for decades” became a murder scene. The racists came as armed marauders. Only a fool thinks this is the end of it. White nationalists plan to gather on Boston Common next Saturday.

You could see this horror coming a year and a half ago — precisely since Feb. 22, 2016, when the candidate at his Las Vegas rally pointed to a protester as a prop, declaring from the stage:

Oh, I love the old days, you know?…There’s a guy, totally disruptive, throwing punches, we’re not allowed to punch back anymore. I love the old days. You know what they used to do to guys like that when they were in a place like this? They’d be carried out on a stretcher, folks.

Actually, according to a security guard on the scene in Las Vegas, the man in question was not throwing punches,

If anyone hadn’t already noticed, “overexaggeration” is his middle name. But never mind. America is caricaturing itself, and the over-exaggeration rolls forward. In Charlottesville, it took at least 20 stretchers to clear the battlefield after Nazi, Klan and other white supremacist “alt-right” thugs.

One of the stretchers held the body of the murdered woman now known to the world as Heather Heyer, a local paralegal whose law firm deals with bankruptcy, which is a central form that racial and class subordination takes in an America that is never done with refusing to take the measure of the national’s foundational crimes.

Charlottesville is, of course, a step-up moment for leadership. Sixty years ago, facing the racist riot that greeted black students trying to attend Little Rock’s Central High School under court order, the racially sluggish president of the United States, Dwight Eisenhower, did condemn extremism in in the abstract but even he would not go so far as to denounce extremism “on many sides.” Subsequent presidents would perform the obloquy more strongly, but in 1957 Eisenhower added this: “It will be a sad day for this country — both at home and abroad — if school children can safely attend their classes only under the protection of armed guards.”

The incumbent president of the United States does insist that the problem was what he infamously calls “hatred, bigotry and violence on many sides” — then repeating “on many sides,” before going on to signal his concern about the safety of children — in context, a clear call-out to those who think that the only murders worth noticing are the murders of black children by other black children.

To Siva Vaidhyanathan, a professor of media studies at UVA, it was evident that the car that crashed into the crowd did not come from “many sides.” Gabriel Sherman of Vanity Fair tweeted:

Gabriel Sherman ✔ @gabrielsherman
When I asked senior WH official why Trump didn’t condemn Cville Nazis, he said: “What about the leftist mob. Just as violent if not more so” 2:45 PM – Aug 13, 2017

Not just one dog whistle. Trump summoned a whole orchestra worth, whistles and drum blasts, to renew the message he has been puffing out his chest to blast to his base for years now.

Dog whistles delivered, message delivered. Here are comments that cropped up on the Nazi-line Daily Stormer (whose logo reads “SUMMER OF HATE”):

Trump comments were good. He didn’t attack us. He just said the nation should come together. Nothing specific against us.

He said that we need to study why people are so angry, and implied that there was hate… on both sides!

So he implied the antifa are haters.

There was virtually no countersignaling of us at all.

He said he loves us all.

Also refused to answer a question about white nationalists supporting him.

No condemnation at all.

When asked to condemn, he just walked out of the room.

There’s a great deal we don’t know about the 20-year-old terrorist from Ohio who gunned his engine and sped his death car into a peaceful crowd. One Nazi posting at Daily Stormer thinks he or she knows:

“We made the top of Drudge,” another crowed.

To those of you in Charlottesville, go out and enjoy yourselves.

If you’re at a bar in a group, random girls will want to have sex with you. Because you’re the bad boys. The ultimate enemy of the state. Every girl on the planet wants your dick now.

And to everyone, know this: we are now at war.

And we are not going to back down.

We are going to take over the country.

This is no horror movie. Or rather, it is the horror movie playing on big screens coast to coast. It is the real-life alternative history that Sidney Blumenthal writes about, the unfurling drama of this benighted when the Lost Cause, under Donald Trump and Jefferson Beauregard Sessions III, strives to claim its long-deferred victory — the Confederatizing of America.

But it is more that the Confederatizing of America, for the America Firsters are recruiting for their own international, the network of fortresses they have made of Great Britain, Hungary, Poland, and we shall see how many more before an enduring victory for decency is, someday, at hand.

As the BBC’s Joel Gunter reported Friday night, during their torchlight invasion of the University of Virginia campus, amid Nazi salutes, Robert Ray, a writer for the white supremacist website Daily Stormer, shouted: “The heat here is nothing compared to what you’re going to get in the ovens. It’s coming,” he spat.

“That’s why we voted for Donald Trump, because he said he’s going to take our country back.”

Follow
John Dingell ✔ @JohnDingell
I signed up to fight Nazis 73 years ago and I’ll do it again if I have to.

The reincarnations of storm troopers, Jefferson Davis and Johnny Reb cannot be sweet-talked into kindness with bothsidesism. The time is long past for baby talk. The killers have to be defeated. It’s as simple as that. Yes, they have to be understood, fathomed, even (at a stretch) empathized with, not in the sense of befriending them but in the sense of using the imagination to think about how human beings have arrived at their incandescence of dehumanization. They have to be contained; they have to be peeled away. There is no single fix, there are a thousand things to be done. But the history of this time will in the end have to answer only one question: Were they defeated?