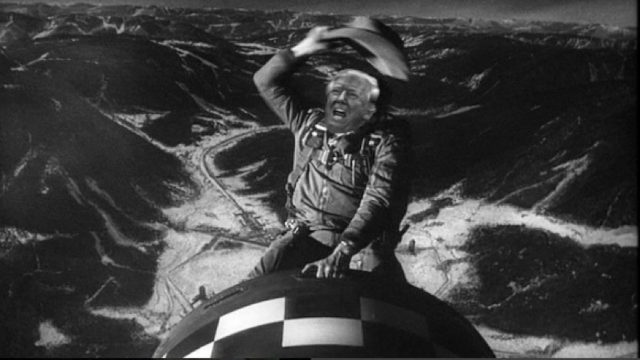 As swift as Alice fell into Wonderland, the world tumbled down in Trumpland, a strange and lonely place where entertainment is the only king. So, here is what fell through the TPV-dug hole of Trumplandia:

On Monday, August 7, Trump had a heatstroke while golfing in New Jersey, and was rushed to Gotham. By mistake, the doctors gave him a different shot than his usual pill-cocktail, and Trump became BattyMan.

On Tuesday, August 8, while trying on his BattyMan suit, Trump emailed Kim Jong-un of North Korea wondering if he accepted to play the Joker. Kim, insulted, replied with a BadMan emoji.

On Wednesday, August 9, BattyMan threatened BadMan in tweets reminding the world of how presceint Faulkner’s the Sound and Fury was. Especially, its plot.

“BadMan will be met with fire and fury like the world has never seen,” BattyMan said right before falling behind.

On Thursday, August 10, BadMan starved a few more scientists telling them to hurry up with the plot to take over BattyMan‘s golf club.

On Friday, August 11, Gotham’s scientists met with John Kelly to discuss what could be done to stop BattyMan from using Twitter. The clock started the race between the North Korean and the Gotham’s scientists. Coldplay’s song was heard playing aloud.

BattyMan uses Twitter only when stuck indoors as rain pounds his golf course.

On Saturday, August 12, the silly Batman game ended when a driver plowed into demonstrators protesting against white nationalists in Charlottesville.

On Sunday, August 13, the silly US president surfaced again condemning no one in particular, instead Trump responds to Charlottesville violence with vague statements blaming ‘many sides.’ Sad.