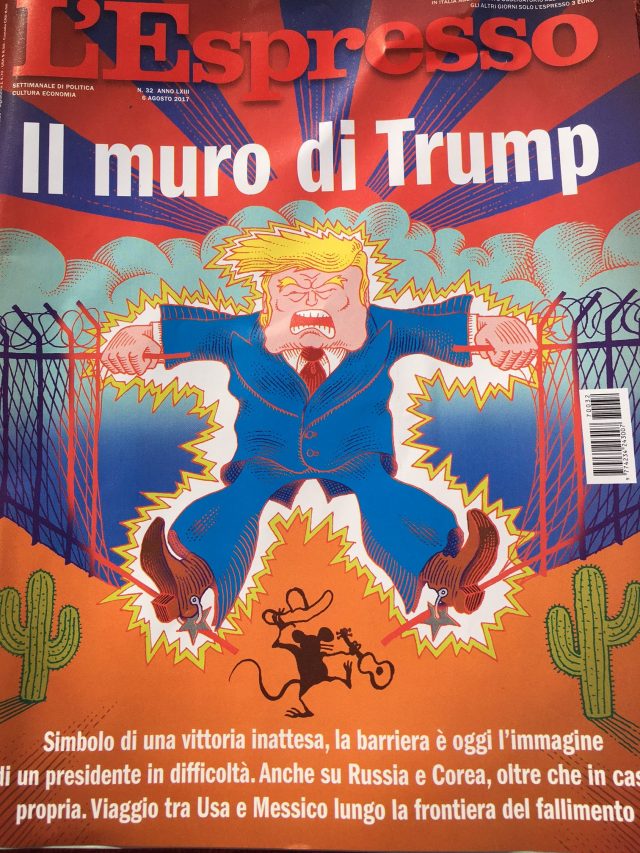 As Europe is being hit by a heat wave and America by August dread, here’s what fell through TPV’s whole and Trump’s wall.

On Monday, July 31, it became apparent that #Scaramucci, the Mooch, sacrificed his marriage, his dignity, & his future job prospects to become Trump’s employee of the week, alas, #Scaramucci‘s only week in the White House.

On Tuesday, August 1, Scaramucci named his newborn child, whose birth he missed for the honor to be fired loud and clear, to his face, Adoring Trump Scaramucci. The doctors confirmed the child was not a turd, taking after his mother.

On Wednesday, August 2, John F. Kelly, Trump’s chief of staff, booted lingering staff members out of high-level meetings, and ordered the doors of the Oval Office closed to discourage strays. Not only had he fired Anthony Scaramucci, but he had demanded that Trump’s family, including his daughter Ivanka and son-in-law, Jared-the-Kushner, checked with him if they wanted face time with the president. None had apparently asked for such a favor.

On Thursday, August 3, news broke that special counsel Robert Mueller was tapping a federal grand jury in Washington to advance the federal investigation into Russia’s interference in the 2016 presidential election, a sign the probe was intensifying and could go on for months or years. Mueller, a former FBI director, obtained thus broad authority to subpoena documents and compel witnesses to testify under oath. Not Trump, of course. Mueller was heard to say,

Trump could not tell a truth if his life depended on it.

On Friday, August 4, the Illinois legislature voted in favor of “Barack Obama Day” to become a state-wide unofficial holiday. The state would allow people to wear a commemorative pin each August 4 beginning in 2018 to honor the 44th president, Barack Obama, who began his political career in Illinois. When Trump heard about the news he tweeted: #MyPinWouldBeBigger.

TPV believes Trump has a good chance to make his own pin in jail.

On Saturday, August 5, Trump, the laziest president of all times, went on vacation to build the wall that separates him from his people a tad taller. Apparently, Trump had forgotten the advice he gave us five years ago, when Putin made it hard for Trump to take vacations. 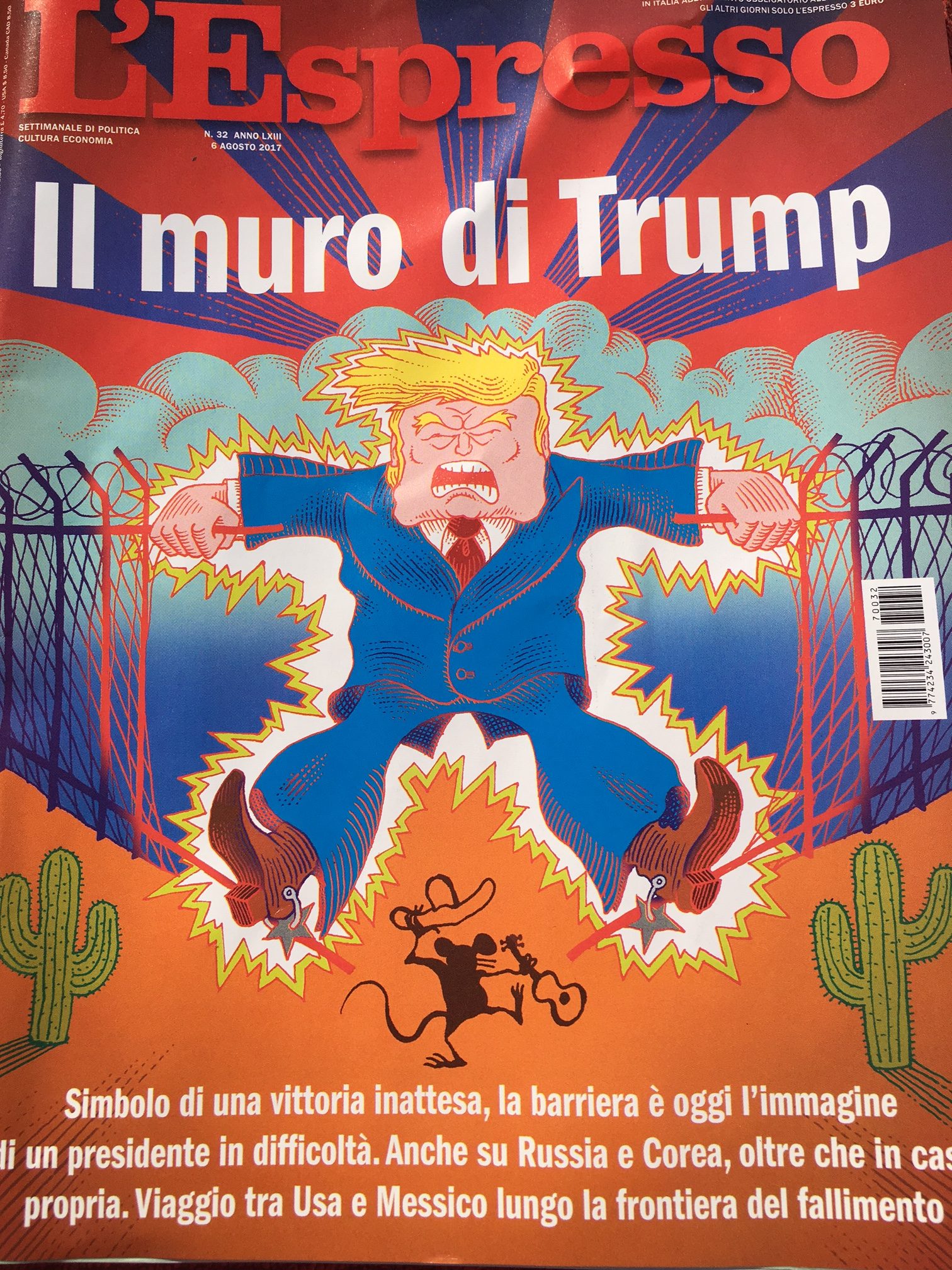 On Sunday, August 6, the Italians published this cover on their L’Espresso. It visualized the only version of Trump‘s wall, himself.