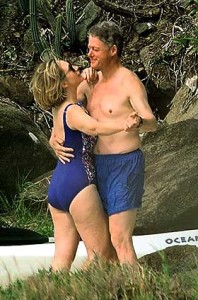 Marquel was drinking water from a bottle labeled vodka, when he read Why Bernie Sanders’s Momentum Is Not Built to Last. Marquel, TPVs NYTimes A Lie Is A Wish The Times Makes Section correspondent, spat and refused to pay.

Marquel read the article in the Times, the journal of record who earlier this week, confirmed its irrevocable support for Hillary no matter what. He spat again.

According to the Times, Bernie is going to hit a “brick wall” when he runs out of liberals.

But the Democratic party is the liberal party, and by itself it commands almost a Majority. So how could Bernie lose the “mainstream” Democrats, which the Times predicts?

Because, get this, because according to the Times,

“Mrs Clinton is a liberal Democrat by any measure.”

Pardon? Any measure? Let’s see. The Times is right to suggest there are several measures when deciding democrat versus republican or Frankenstein. There’s the war measure. Hillary voted for war in Iraq. Bernie voted (I don’t even have to write this, of course. It is self defining) against the Iraq war with only a few on his side (Barack Obama, for instance. Heard that name? Someone else who couldn’t win?).

So by the war measure Hillary is basically Republican. Or a sap. Take your pick.

Taxes. Hillary hasn’t raised taxes on the rich. Not one. That sort of defines Bernie’s life. If there’s one thing he believes (And there’s a lot more), it’s tax the rich.

So by the tax measure, she’s a Neanderthal. That’s a kind of Republican with has an excuse, extinction. All but Hillary, so she missed  the tax measure too.

Health care. Hillary never supported health care. She met explicitly with the health industry and agreed to support the health insurance companies instead of patients. That makes her a business-obsessed (and yes, controlled and indebted) Republican par excellence. Bernie has campaigned for national health care (No insurance needed or even relevant) since day one.

By this measure, Hillary is far from a democrat. Instead, she finds herself with the most selfish of health care lobbyists, all republicans through and through all the way to their private multi million dollar luxurious health insurance contracts. When they get sick, the company asks if it can help them. It’s called concierge service. Not democrat by ANY measure.

Wealth. This is a tricky one. FDR was rich. So was JFK. So Is Hillary. Here’s the difference: Rich democrats are rich BEFORE entering politics. Thus they have a sense of noblesse oblige. Not Hillary. She got rich FROM politics. Sorry Hillary, you lose the wealth measure, and noblesse oblige is really a comforting defense, but you don’t merit it.

You’re just a rich bitch who wants to get richer and collect on Bill’s promise he made for Monica’s cigar job.

So by ANY measure? I’m not sure she’s democratic by any imaginable measure.

One problem. The Times says Obama got a good number of independents. And Bernie? The only true independent we’ve seen since Ralph Nader? I suspect, unlike the Times, he’ll pull them in like the sun pulls on mercury.

The Times also said Hillary will get the blacks like Obama did. Huh? How does Hillary’s birth certificate say, “blacks will vote for me?”

“Why will blacks vote for Hillary instead of Bernie?” I asked.

“But you just finished saying that by ANY measure Hillary is a liberal democrat. So how does that make less liberal democrats vote for her. By this measure, this is a measure she lacks.”

“I think the party regulars all support Hillary. They’ll get the blacks in line.” he said.

“But according to you, blacks will favour neither because of this measure.” I said.

“Forget the measures. Look at reality.” He said.

“But why would blacks not vote for a man who would clearly help them and all poor people instead of a woman who is unquestionably in Wall Street’s pocket?” I asked.

“Blacks are like that. They vote in blocs. They don’t necessarily gauge the consequences.” He said.

“Aha. Blacks are stupid. Unlike all the other groups they’re going to vote without regard to their pocketbooks. I get it. That’s why cops use them for target practice. Bernie wants to straighten out the police forces in specific ways, and always has. Hillary has vague positions straight from the democratic platform. I think you’re more than a bit racist. And racism aside, it looks like Bernie’s going to win in a landslide.”

He looked at me and was still embarrassed about his black comment. I wasn’t embarrassed by my last words to him. He said, “good bye Marquel.”

By MARQUEL: The Times – Another Hill Brick in the Wall