On Tuesday, September 15, a little boy named Mohamed bought a commercial alarm clock, the kind you purchase in any department store and use at your bedside, removed its plastic case and took it to school as his invention. Luckily for him, being a little Muslim boy, he got arrested rather than get an F and a beating, like any little white boy.

On Wednesday, September 16, President Obama invited Mohamed to the White House. Facebook CEO Mark Zuckerberg friended him, and both NASA and MIT showed interest in Mohamed. Twitter also offered him an internship, while TV hosts Stephen Colbert and Ellen DeGeneres called him. HP Printers did not call though.

On Thursday, September 17, SuperPac Carly for America paid a $140,000 for an ad in the New York Times, saying that

Thomas J. Perkins, the venture capitalist had been wrong to push for Carly Fiorina’s firing at Hewlett-Packard (HP) in 2005 and that she had been “a terrific C.E.O.”

Imagine what TPV could do with that kind of money and the Times willingness to print anything.

On Friday, September 18, Hillary built a clock too, but no one cared. It was not a sham. Still. Too late.

On Saturday, September 19, TPV bought a few watches to give its writers. 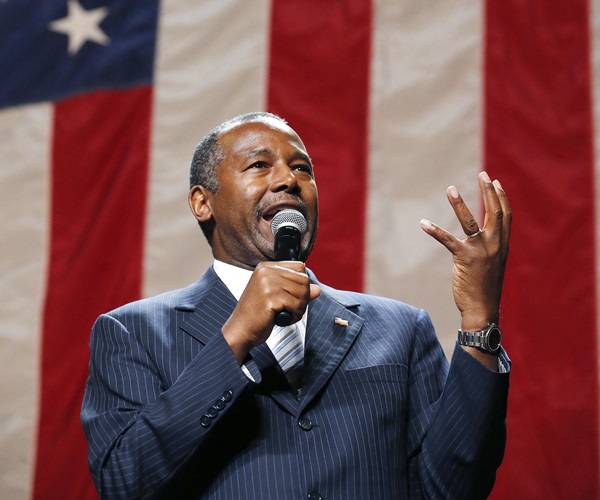 The Islamic faith isn’t “consistent” with the U.S. Constitution, and a Muslim shouldn’t be president. “We are a different kind of nation,” Carson said. “Take Taliban, for instance. We oppose them because of their religion. But, we do not oppose other Muslims. We have friends who chain little boys to their beds as sex slaves.  We are loyal friends. We are a different kind of nation. If our friends like tea boys, let them have them. It is in their country, not in our great nation, America. We only give them money and power to have the little boys.

On Monday, September 21, Wisconsin Governor Scott Walker dropped out of the Republican Presidential race, and no one noticed.