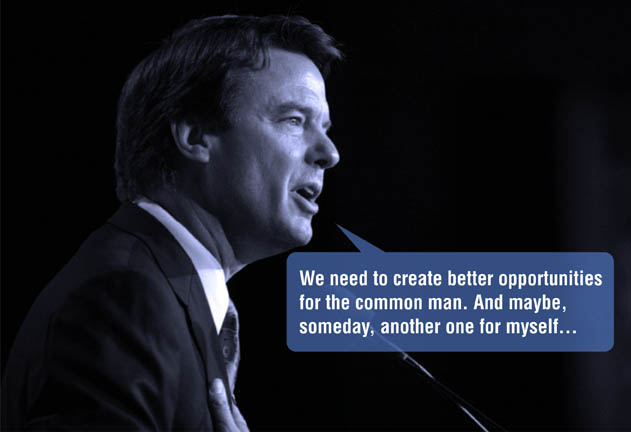 Yesterday, the often mistaken Thomas L. Friedman of New York Times raised an interesting question “Does America need an Arab Spring?” True to himself, to answer his question, Friedman chose another famously mistaken American intellectual, Frank Fukuyama, whose more recent endeavors understandably focus on the origins rather than the future of political order.  The result was a Sunday opinion-essay on how America lacks authority, duh.

True to myself, I cannot let these confused minds wallow in the mud of ignorance. No, we cannot possibly afford an Arab Spring, because they come without leaders, and what America needs is a leader. Not a leader chosen by God and rewarded with the presidency for sobriety, and not a leader chosen by those who did not want the Clintons. I mean a leader, someone competent to lead others.

That is what America needs, and neither Facebook nor Twitter, nor any other social media or polling strategy will give us a leader. They do not come online at leader-supplier.com. Though, eBay may have some body parts for sale.

The good news is that America still has a potential leader. The bad news is that the Democrats want him dead and the Obama administration is burying him alive, or at least its prosecutorial arm is ready to do it.

But remember, there are exceptions, and Edwards has the making of a leader. He tripped badly. He misplaced his semen. Worse than Bill. Still, America shouldn’t let him go silently into the night, or tweet about his trial under the headline sex, lies and videotapes (as Politico.com intends to do).

Edwards is our last believer in equality of opportunity. The last to fight for the good old days before Regan put mismanagement on the steps to presidential success.

John Edwards, I wish you well.