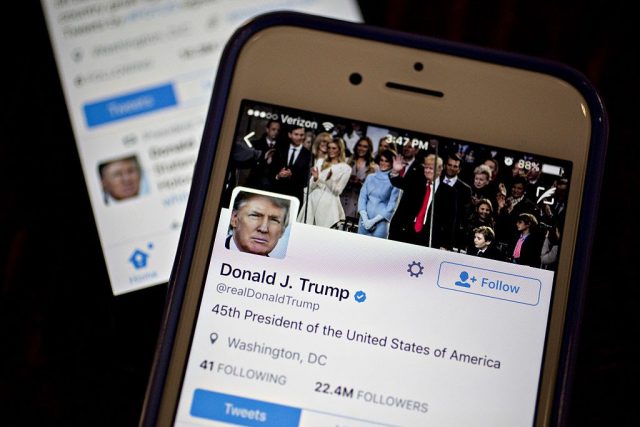 I’m the last guy to turn my eyes away from the sub-Shakespearian maneuvers that may (or may not) be shuffling personnel behind closed doors in the White House. I confess myself tempted by the pastime so widespread in kingdoms and autocracies — rumor-mongering, or at a higher level, the conspiracy theorizing that enables us to pretend that the opaque has, momentarily, become transparent. In recent days, I couldn’t for one moment tear myself away from the recent on-screen dramas starring former FBI director James Comey and Attorney General Jefferson Beauregard Sessions III. (It was a particular pleasure to hear Sens. Ron Wyden, Kamala Harris and on one occasion, even Marco Rubio, intimate that they know more than they’re letting on about what the Attorney General was unwilling to say.) I confess that from time to time I devour transcripts of the pratfall performances of Sean Spicer, Sarah Huckabee Sanders and (bring her back!) Kellyanne Conway. I search through transcripts looking for revealing moments of semantic evasion, subject-changing, non-denial denials and non-responsive responses.

And I share the sick fascination with presidential tweets, those bulletins from the hyperactive brain-stem of the propaganda-in-chief crowing about his greatness or, more frequently, denouncing the enemies of the day — most recently, Deputy Attorney General Rod Rosenstein, special counsel Robert Mueller or those old standbys Crooked Hillary and what he is pleased to call Fake News. Not to belabor the obvious, but the tweets are newsworthy (and, in a sick way, entertaining) because it’s useful to know which slogans and sound-bites the propagandist-in-chief is using to circumvent critics and shore up his shaky base. Whatever the most powerful, and emptiest, man in the world wants you to think — or whatever he wants you to think he thinks — is a blip of information that might be useful for the endless effort to understand the perversity that prevails.

Care must be taken not to let Trump’s cartoonish outbursts, his twitchy-fingered efforts to meet his quota of daily fabrications and absurdities, obscure this core truth: A government is not simply a reality or unreality show made up strictly of performances and texts.

But care must be taken not to let Trump’s cartoonish outbursts, his twitchy-fingered efforts to meet his quota of daily fabrications and absurdities, obscure this core truth: A government is not simply a reality or unreality show made up strictly of performances and texts. It is also, and crucially, a system of institutions where thousands of persons make decisions that affect people’s lives. Hundreds of executive agencies issue commands. The government is, in other words, a network of power, a system of coordination and emphasis, an orchestration of instruments. It giveth and taketh away. It plays favorites. The boss is responsible for choosing the instruments — sometimes with the consent of the Senate, more often not. “Personnel is policy,” as the Reaganauts used to say. And policy marks out winners and losers. Rhetoric counts, but read the small print. Policy is values.

Journalism’s problem is that most of what the agencies do is, on the surface, boring. The orders are issued in lawyerspeak, and mostly they’re carried out by bureaucrats, not boldface names. The commands are tangled up in euphemisms and acronyms. But more deeply, finding out what agencies are up to is hard. It’s intrinsically hard at federal, state, and local levels — perhaps most of all in the states, whose capitals (conveniently for the movers, shakers and bribers) are located at some distance from major metropolitan areas — think about Albany, New York; Trenton, New Jersey; Harrisburg, Pennsylvania. Public knowledge of what’s happening in state capitals is especially weak. As the sociologist Paul Starr pointed out in an important 2009 article, the dwindling of on-the-ground reporters means an eclipse of real news. (In the words of The New Republic’s headline, “Goodbye to the Age of Newspapers (Hello to a New Era of Corruption).”

But even in Washington, officials way outnumber reporters, especially reporters who are knowledgeable enough to sort through superficialities and go to the heart of a story. When Trump won the election, it was said that The Washington Post moved some fine reporters onto government agency beats, but it’s hard to keep up. Years ago, a onetime New York Times bureau chief told me the paper’s greatest shortfall was in failing to read budgets and report on them. The great independent I. F. Stone used to read transcripts of congressional hearings and mine them for notable (but normally unnoted) facts. Today, access to talking heads gets you face time in the media and career and salary boosts (see: Kelly, Megyn), but that’s not where the real journalism is done.

The good news now is that the more serious media are paying attention. So, for example, Times reporter Brad Plumer reveals what happens on the ground when Energy Secretary Ignoramus Rick Perry gets serious about his boss’s announced withdrawal from the Paris agreement:

The Energy Department is closing an office that works with other countries to develop clean energy technology, another sign of the Trump administration’s retreat on climate-related activities after its withdrawal from the Paris agreement this month.

The 11 staff members of the Office of International Climate and Technology were told this month that their positions were being eliminated, according to current and former agency employees.

Eric Lipton (sharing a byline with Hiroko Tabuchi) is on the job, recently having told us “How Rollbacks at Scott Pruitt’s EPA Are a Boon to Oil and Gas.” Lipton also revealed on Twitter what he called a “Trump Era Moment” that took place on March 22, when the EPA’s Scott Pruitt met with 45 CEOs of largest oil and gas companies in the USA for a private briefing. The March meeting of the American Petroleum Institute’s executive committee and board of directors, took place (surprise!) in the Trump International Hotel down Pennsylvania Avenue, so that the Trump government corporation could profit from the rolling good time had, no doubt, by these fossilized “stakeholders.” Good for E&E News, which filed the FOIA request that unlocked this report, and also revealed that, the day before, Pruitt met with Chevron officials so they could “discuss regulatory reform in our sector and share Chevron’s perspective on global oil and gas developments.”

The Washington Post revealed this week that Homeland Security secretary John F. Kelly “rescinded an Obama-era memo that sought to shield millions of parents of US citizens and others from deportation.” So much was announced by Kelly himself. The Post also distinguished itself with a report last week that Scott Pruitt’s EPA is postponing, for two years, enforcement of an Obama administration rule limiting the release of greenhouse-gas monster methane and smog-forming pollutants from oil and gas wells.

What about all the other decisions that aren’t so publicly announced?

Perhaps the most striking inside-the-agency discovery of the week belongs to The New York Daily News, which under the headline “The Wedding Scammer” front-paged the news that Trump’s family event and golf-tournament planner will run the office that oversees federal housing programs in New York and New Jersey. The woman has no housing experience, thus resembling her boss as Housing and Urban Development Cabinet secretary, and claims a law degree that the law school in question denies granting her. Her experience runs in a different channel, having organized Eric Trump’s wedding and served as vice-president of the Eric Trump Foundation, reported by Forbes to have allocated $100,000 raised for children’s medical research to a family golf course.

On the heels of the Forbes report, New York Attorney General Eric Schneiderman is now looking into the foundation pass-through, which goes to show that somebody cares what journalists learn. Investigation pays off in public benefit. Let’s see a whole lot more.

Todd Gitlin is a professor of journalism and sociology and chair of the Ph.D. program in communications at Columbia University. He is the author of 16 books, including several on journalism and politics. His next book is a novel, The Opposition. Follow him on Twitter: @toddgitlin.
***
Gitlin Watches What He Tweets When Alone