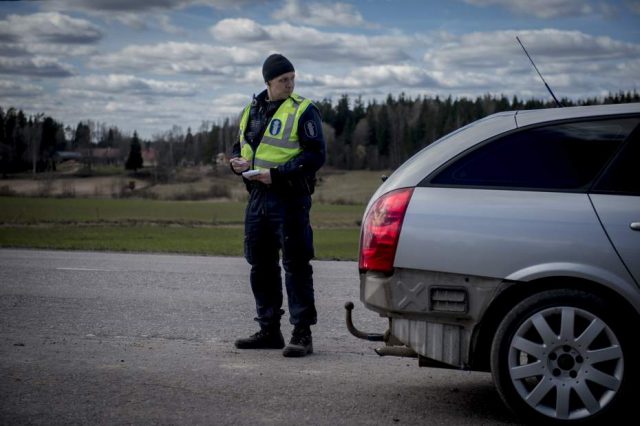 Speeding in Finland Can Cost a Fortune, if You Already Have One, read Marquel, TPVs NYTimes Speedcam Section correspondent. So this guy sped through Helsinki and got caught. He’s pretty rich. Makes something like $100 million each year, year after year.

Finland has an interesting legal system. It is based on the theory that the punishment should fit the crime, but also the criminal. Rich people pay higher fines than you and Marquel. So this guy paid $80,000 for speeding. He says he’s leaving Finland. He doesn’t like the fine. Looks like it worked. Sort of.

The Times says this is one of the highest fines paid. But a few years ago someone paid $100,000 for speeding. Marquel wondered who that might have been. It’s easy to discover because it was the same guy. Marquel considered what lesson should be learned from this.

It’s obvious. That fine was not too high. It’s not high enough. Apparently if you make a hundred million, every year, year after year, speeding is worth a hundred thousand. As Marquel understood the Finnish system, the fine is supposed to make it NOT worth the fine. He wondered how high it would have to be to prevent this guy from speeding. So he gave him a call.

“Yes?” He said, once he understood I know no Finnish.

“Because of the fine?” I asked.

“You want to move to where it’s not so expensive to speed?” I asked.

“I don’t understand.” He said.

“Well do you intend to speed in your new country?” I asked.

“Of course not.” He insisted.

“Hmmm,” I pondered. “If you stayed in Finland would you plan to speed again?” I asked.

“But as long as you don’t speed, you’ll never face that again. Its history. Why leave?” I asked.

“That’s much more civilized.” He said.

“In New York we changed the speed limit down to 25 because you’re much more likely to live, twice as likely in  fact, if you’re hit by a car going 25 than 35.” I explained.

I nodded. Perhaps he sensed the nod.

“I could afford that.” he said.

“Would you shop in a store where all the prices are too high?” He asked.

“But your country isn’t a store. It’s your homeland.” I noted.

“This homeland is too expensive.” He said.

“So you’re moving to a cheaper store.”

I didn’t think I’d like him if I met him. I guess I’d complain if I had to pay that fine. But with a hundred million a year, I wouldn’t complain too much. They might raise the prices. And Finland is a store I think I’d like, whatever the prices.

By MARQUEL: I Think I’m Gonna Like It Here