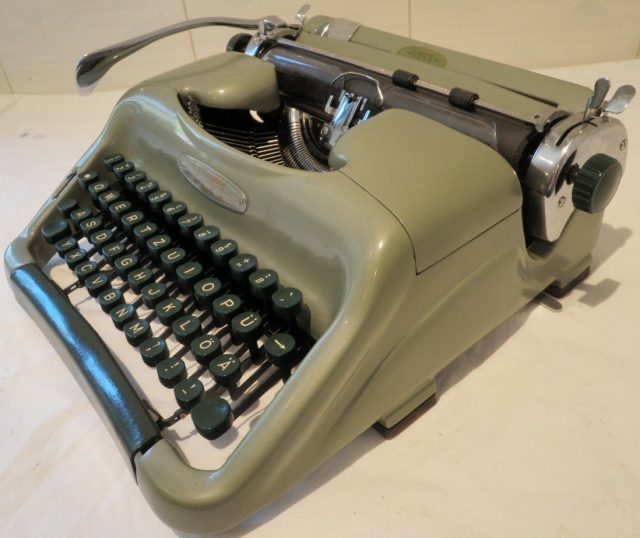 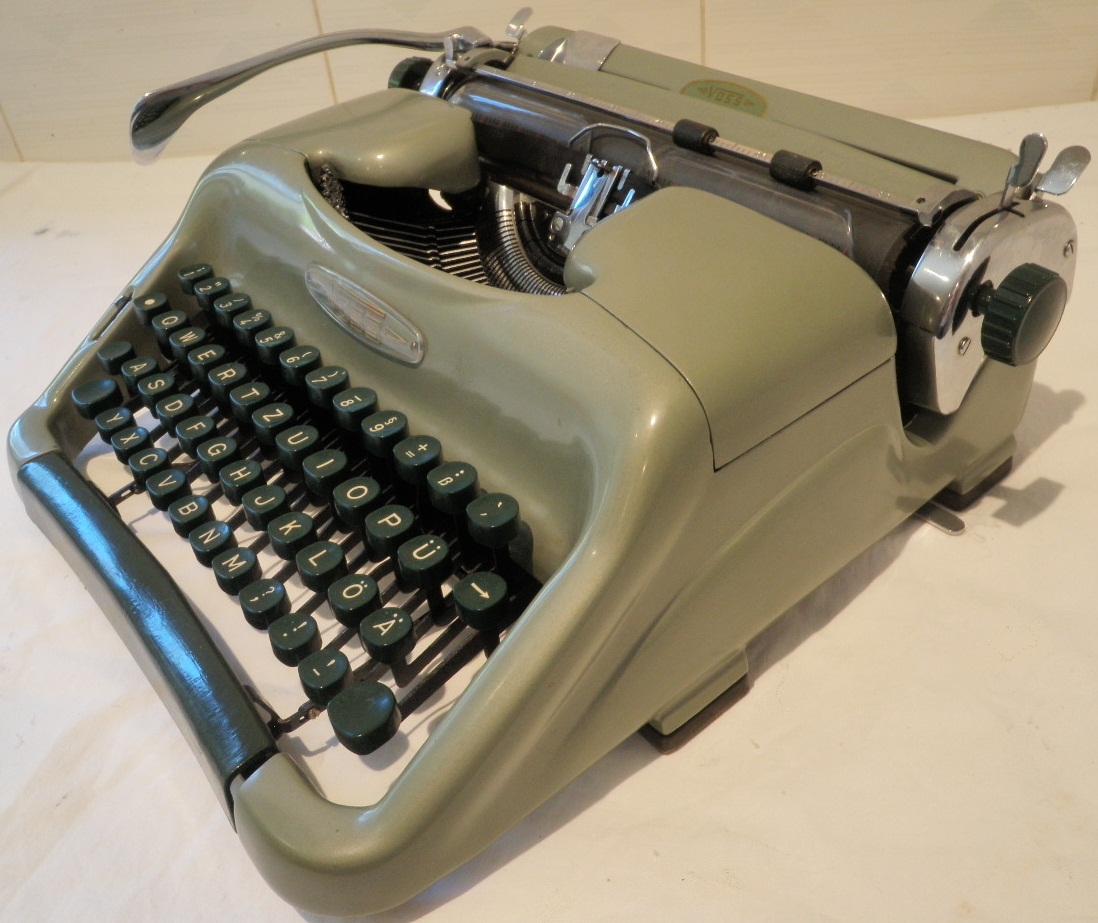 Marquel, TPVs NYTimes Selectric Section correspondent, was applying for trademark registration of his image, when he read Germany’s Defense Against the N.S.A.: Typewriters.  A German politician said he and his colleagues were thinking of ditching email for sensitive communications. Many in government and out have already adopted “hard copy only” rules.

Chanceller Merkel physically ripped her phone out of the wall, after throwing her cellphone into the Rhine.
The government has created a ministry of couriers, to serve all the needs of government without need of recourse to electronic means. As they say they have “pulled the plug” to avoid NSA surveillance.
Marquel decided this was worth an interview. But he met an obstacle immediately. He tried calling but was stymied by the hard copy only rule. How was he to get a written request to Merkel and then get a written answer back? Only one person could help him. Mufi, the world-famous Chinese cook who had been employed at one time or another by every intelligence service in the world, including both Iran and the US at the same time.

“Mufi,” he said, “I need to get a written message to Angela Merkel asking for an interview and be able to receive her written reply.”

“The hard copy only rule, huh?” He asked. “We can do it through the Serbians. Call the Embassy in Berlin, ask for Slobo, and he’ll handle it all for you.”

I called and spoke to Slobo. He sent a message to Merkel and later that afternoon he called me back saying she’d see me the next morning at ten. I had to hustle to JFK in order to be in Berlin in time.
A bit tired but not yet jet lagged, I presented myself at 9:47 to the Ministry where I waited exactly thirteen minutes before being ushered in to Merkel’s office. If only everybody could be as precise. The Swiss have that reputation but the Germans really outdo them.
I was given a pad and pencil by an aide who put his finger to his lips indicating, I supposed, that we were to communicate only in writing.
“I’d like to talk to you about the hard copy only rule,” I wrote. She snapped her fingers and the same aide brought her a pencil and pad also. He looked strangely familiar. Of course, I’d seen him a moment ago, I told myself.

She looked at me with surprise, almost resignation, but wrote back, “Good. What do you want to know?”

I wrote in my best bad German, “It seems terribly impractical. It was even hard to get in touch with your office.”
She wrote back that she would look into it because there should not have been a problem.
I wrote back that I assumed the reason for all this was the NSAs intrusive activity.

“Absolutely,” she wrote in simple German, “they have been unapologetic and have redoubled their efforts since we adopted the hard copy only rule.”

I wrote back, “but there has to be a better way than using hard copies only.”
She answered, “you’re right. It would be impossible to handle everything that way. We only use it for high security communications.”
I felt rather important. Apparently this was a high security conversation. It was like having a top secret clearance or being on Nixon’s enemies list, two things that would never happen to me no matter how hard I tried.
“I can’t imagine the NSA being seriously interested in what we have to say,” I wrote.

“Neither can I,” she wrote back.

“Then why are we writing to each other?” I wrote.
She motioned to the same aide, to whom she whispered something, and he whispered back. Then he took her pad and pencil and extended his hand to me. I gave him my pad and pencil also. I was afraid I was about to be arrested for violating some sort of hard copy only rule.
Instead Merkel started chuckling.
I raised my eyebrows, afraid to speak.

“You can talk freely,” she said. “There’s been some sort of misunderstanding.”

“I don’t understand,” I said, “your aide gave me the pad and pencil and said no talking.”
She looked at the aide, who still looked strangely familiar, and said, “that was the misunderstanding. The pad was for you to take notes. My aide shushed you just for a moment because I was still in conversation with someone in my office. When you started writing to me, I assumed you wanted to conduct the interview in that awkward way. So my aide brought me a pad and pencil also.”
I was more than a bit disappointed that I wasn’t really high security. I was more disappointed that our time was up, she told me, but writing back and forth had taken up all our time.
I flew back to JFK. I went to Chinatown. Mufi was laughing as I entered the restaurant on Bayard street. He already knew.

“It might have been Slobo’s fault,” he said, ” but he’s used to taking orders and he wasn’t about to question your instructions. I think you just dialed the wrong number at first and then assumed the Ministry had no phone service. Have some noodles.”

We sat down and had lo mein with curried quail. I watched the customers and suddenly everything clicked. I had seen Merkel’s aide at Mufi’s several times during the winter. I described him to Mufi.

“Oh him,” he said. “NSA. An old friend. I guess they’ve penetrated her office. That means the hard copy rule will be useless.”

I was wise enough not to ask his name. That would have been going too far and Mufi understood and decided to give me a tidbit.

“Did you know,” he asked, knowing I couldn’t possibly know, “that he was once on Nixon’s enemies list? An interesting career.”

Wow, the enemies list and surely a top secret eyes only clearance as well. I didn’t know what to say and just ate another quail.
***
BY MARQUEL: The NSA Breaks Merkel’s Enigma Code