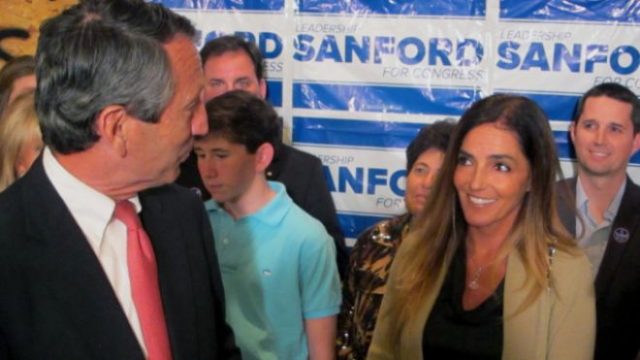 Here, each hole starts on Wednesdays and this is what fell through this past week:
On Wednesday, April 3, a beautiful Argentine woman, Maria Belen Chapur, won the Republican primary nomination for a South Carolina House seat. Her particular charm may change the Republicans’ orthodoxy on what constitutes a marriage in God‘s eyes.

[youtube id= cfqtjTjx5k4 width=470 height=315]
Thursday, April 4, the news all over the media was that in order to counteract the soaring price tag, which comes with the increased number of old demented people, the military will start a new program of mandatory drafting your grandparents. The old recruits would pilot the new generation of flying crafts over Pakistan and Afghanistan.

On Friday, April 5, The Huff Post invited our dear friend Dr. Elizabeth Hoppe to talk about the ethical implications of linking the price of airline tickets to the buyer’s weight.

[youtube id=08f5VCfZDzs width=470 height=315]
On Saturday, April 6, non-Americans read about Facebook’s plans to improve their lifestyle …while on the phone.

On Monday, April 8, Ms Thatcher went to visit her good friend Ronald, and we wonder why couldn’t they reunite in the same place much earlier, perhaps as early as mid ’80s.

On Tuesday, April 9, the New York Times reported that many arthritis patients report an increase in libido and stamina after hip surgery. As if that’s on your mind when you are bed ridden with a bed pot under you.