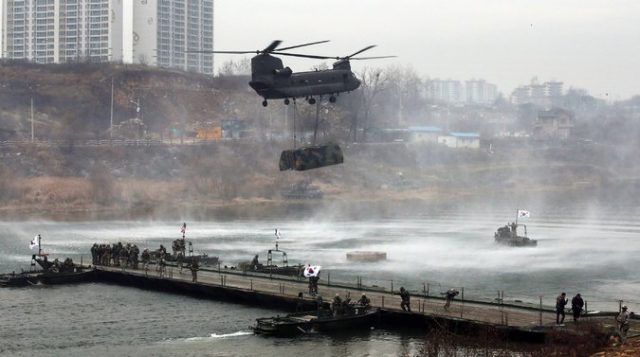 American #weapons sales to other countries rose to $36.2 billion last year, more than half of the global arms trade, a congressional study found. Marquel tried to get an interview with the study’s authors. No dice. Marquel never had such a problem getting a contact but this group was zipped up like a poncho in a tornado. So Marquel contacted the ten largest arms dealers. Again no luck. This had never happened.

So Marquel went over to the #Halliburton headquarters and waited for someone. Anyone. A burly truck driver went by. Marquel offered him a coffee for a conversation.
“This Halliburton does good business doesn’t it?” inquired Marquel.

“Oh yeah. Lots money there. Cheney was in charge at one time,” he said, snapping his fingers and adding, “connections.”

“But it’s not just that. You do trucking for them?” Marquel asked.

“For thirty years.” Said the trucker.

“Have you seen changes?” Marquel asked.

“Oh sure. Like any business, it varies.” He said.

“When was the best time?” Asked Marquel.

“So when was the best?” Asked Marquel.

“The last couple years with Obama.” He said.

“Well that’s surprising. You always think of arms profits going up with republicans ” I commented.

“Exactly. Did you hear profits are up ten BILLION this year?” Asked the trucker.

“Well I heard that. What do you think of that?” I asked him.

“Actually I’m too busy. But I talked it over with my son who’s ten, in fourth grade. You know, New math and all. He came up with some surprising conclusions when I told him how my business varies.” He said.

“Yeah, he drew some boxes, and separated them by years and he asked me about all the wars and his figures are just amazing. According to him, he says it’s obvious, each war makes these companies 6 billion dollars per year. He says the latest ten billion is due to Syria, at six billion, and that little Russian place, that only brought in four billion.” He said.

“You mean Ukraine?” I asked.

“What do you mean some place we don’t know about?” I asked.

“Well his figures checked out over the last thirty years. Exactly six billion per year. So there’s got to be six wars but we could only count five. There’s one missing.” He drained his coffee and said good bye.

I did a few calculations myself and it seemed the ten year old was on to something. There’s a war going on that we don’t know about. Now this is from a trucker but my mother always told me to respect the working man, and that also truckers don’t lie.
So I went home but still haven’t discovered which war it is we don’t know about. Maybe it’s good not to know about it. It’s bringing in six billion.
***
By MARQUEL: Halliburton Jingle Bells