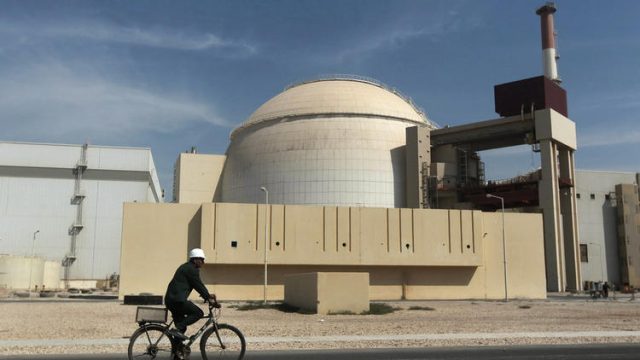 Marquel, TPVs NYTimes The Friend Of My Friend Section correspondent, was checking his pulse when he read Iran Hands Over Stockpile of Enriched Uranium to Russi. The move fulfills an important step in the nuclear deal struck with world powers, and American officials say that it may now be only weeks before the accord will go into effect. Marquel felt strangely celebratory. Peace with Iran! Art last! Wow. No more nuclear threat from Iran. No more nuclear fuel there. We outfoxed them. We out maneuvered them. All that nuclear fuel that was threatening us is now safely out of the way and sitting in…Russia???

The celebratory mood seemed somehow dimmed.
Marquel called  a friend at Princeton who did work in international arms.
“Moshe, are we really safe now? Couldn’t Iran still be hiding something?” Asked Marquel.

“Not likely. We know pretty much exactly how much they made and how much they turned over. They are within a couple milligrams of each other.” Moshe said.

“So did we just miss disaster? How close did we come?” Asked Marquel.

“That level if enriched fuel is pretty high. And the purity combined with the total amount means, well, a sophisticated producer could make 50 highly powerful atomic bombs from it.” He said.

“Fifty? I thought they were in sight of maybe two or three bombs, not fifty.” Marquel observed.”

“No, no you’re right. They were within six months of being able to make one, two, maybe three bombs. They’re not sophisticated producers and it’s their first time. Maybe one bomb. If it failed. That’s it. They would have to purify more. A sophisticated producer wouldn’t produce a failed bomb so that amount of enriched fuel, marshaled carefully, could easily make fifty bombs almost overnight. So fast you wouldn’t even know it.” He said.

“So sophisticated nations could turn this into a fleet of weapons overnight unnoticed.” Marquel suggested. “Who are these sophisticated bomb makers?”

“Certainly not Iran or any other middle East nation with the exception of Israel.”

“Then so we should all feel safer now?” Asked Marquel.

“So who besides Israel?” Asked Marquel

“Those are the only countries who could secretly convert this into an entire fleet. ” Said Marquel.
There was silence. Marquel looked at Moshe. Moshe stared at Marquel.

“Russia?” They both shouted at once.

“Well yes they were part of the quartet. The agreement calls for the enriched fuel to be turned over to a quartet nation.”

“So they give it to Russia. To Putin. And we’re safer?” I asked.

“Well that’s what we’ve been working for.” He said.

He rubbed his chin and said, “this is a problem we hadn’t considered.”

“Do we have some sort of inspection?” I asked.

“Well no. Once it was safely out of Iran…” He said.

“And safely into Russia,” I added. “What do you think everyone should say now?” I asked.

He looked at me and said almost in a whisper, “Whoops???”

***
By MARQUEL: The Russian Saviors – Woops!