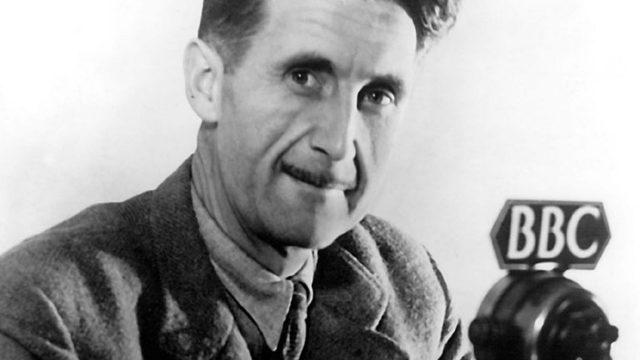 Most of what Spicer had to say in his press briefing and Q&A on May 30 was — to be generous — intelligible if empty or, in the case of his example of “fake news,” absurdly misleading, concerning as it did a BBC error that was quickly corrected. But my point here is more general — his vocabulary and his style.

As for “such sweeping reassurance,” what was that again? Reassurance (of foreigners) that America is interested in the world? Assurance (in the eyes of Americans) that America stands first?

But reader, I am not, I hope, shooting inept fish in a barrel of the poorly educated. I’m after (sorry) bigger game.

Spicer’s offering is not aimless noise. It has a purpose. It reduces the world to black-and-white. It shows decisiveness. It’s the verbal equivalent of a body slam or a phony smile. Spicer doesn’t use other Newspeak locutions like doubleplusungood — though the time may come when his boss resorts to it on Twitter, since its 16 characters take up barely more than half the space of “the enemy of the American people,” allowing room for a SAD sequence — but he might as well. The point is to show definiteness and to discourage any reaction besides Yes! or No!

Spicer’s style rouses the faithful by short-circuiting any neural pathway that might lend itself to a complex thought. It resembles the form of speech that George Orwell described, in his appendix to 1984, as duckspeak, whose

intention was to make speech, and especially speech on any subject not ideologically neutral, as nearly as possible independent of consciousness.

a Party member called upon to make a political or ethical judgment should be able to spray forth the correct opinions as automatically as a machine gun spraying forth bullets….

Spicerspeak is automatic, and it brooks no argument. If a reporter begs to disagree, even gives reasons for disagreeing, Spicer repeats what he said the first time. That one didn’t finish you off? Well look again, sucker. This one’ll take care of you.

Orwell went on to talk about the limitations of Newspeak vocabulary, making a point that applies not only to Spicer but to Sarah Huckabee Sanders, Kellyanne Conway, Hope Hicks and the rest of the Trump entourage:

Relative to our own, the Newspeak vocabulary was tiny, and new ways of reducing it were constantly being devised. Newspeak, indeed, differed from most all other languages in that its vocabulary grew smaller instead of larger every year. Each reduction was a gain, since the smaller the area of choice, the smaller the temptation to take thought. Ultimately it was hoped to make articulate speech issue from the larynx without involving the higher brain centers at all.

What goes on in Sean Spicer’s higher brain centers is unknown — a known unknown. I know of no evidence that he is aware of the service he performs in behalf of general thoughtlessness and stupefaction. For all I know he is doing the best he can.

This aim [of bypassing the higher brain centers] was frankly admitted in the Newspeak word duckspeak, meaning ‘to quack like a duck.’ Like various other words in the B vocabulary, duckspeak was ambivalent in meaning. Provided that the opinions which were quacked out were orthodox ones, it implied nothing but praise, and when The Times referred to one of the orators of the Party as a doubleplusgood duckspeaker it was paying a warm and valued compliment.

Spicer is not new to duckspeak. In his earlier mission as Republican National Committee communications director and chief strategist showed an equivalent ability to leave no daylight between himself and a talking point.

To the problem of what America is to do about the unbelievable Sean Spicer, I offer neither a holistic solution nor a sweeping reassurance.