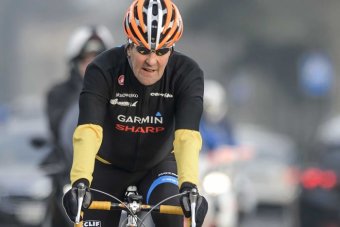 Secretary of State John Kerry Cuts Europe Trip Short After Breaking Leg, Marquel TPVs NYTimes Yes Sir Section correspondent read sadly. The Secretary of State doesn’t break his leg often. In fact this could be a first. But it’s the circumstances. In France  on a bike!
Marquel actually got in touch with Kerry at the hospital. “Why’d you break that leg?” Marquel asked.

“The president told me to. Despite what some critics say, I’m military all the way. Chain of command. President says ,’break a leg’, you break a leg.” He said.

“But I don’t think you understood the command.” Marquel said.

Not much to understanding ‘break a leg,’ ” he said.

“Well there might be a tiny bit more. Did you know that in show business, ‘break a leg’ simply means good luck?” I asked.

“Well I don’t know much about show business. Wife likes it. Always tailing her to plays and concerts  I don’t think about much except peace in the middle East. I never had anyone there tell me to break a leg and why would they? Chain of command.” he said.

“Well they wouldn’t say it to the audience,  they say it to each other.” I explained.

“There ya go,” he said with a satisfied smile.

“So you must have had a phone call from Obama and he said, ‘break a leg’ meaning have fun.” I said.

“I don’t know. Everyone knows command should be clear, brief, and unambiguous.” He said, with a sort of involuntary salute.

“You have to consider the personalities. You’re probably the only member of the administration less sophisticated than the President.” I said.

“Sophistication is not my strong point. Look what happened to my colleague Mike Dukakis who recommended U.S.farmers grow Belgian endives. That was the end of him.”

“So did you have fun biking…until the accident?” I asked.

“Oh sure. I thought of a good solution to the middle east.” He said.

“Now I don’t remember because it was just at that moment that I pushed the pedal to break my leg. Sort of a celebration. But now I can’t remember it.”

“Well thanks for the interview. If anything you’re a good soldier.” I said. “I’m going to take a nice safe citibike ride home.” I said, and I gave him a real salute.