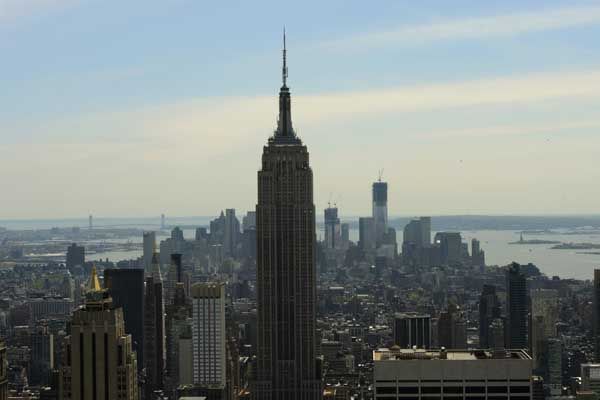 New York City’s original area code remains in high demand, even as the proliferation of cellphones means Manhattan may get a fourth one by late 2017. Studies have shown that people with 212 area codes have higher incomes, greater verbal abilities, succeed in basic tasks better, and enjoy better health and live longer than those with 917 or other area codes.

Marquel was fascinated by the evidence. The question however was not the evidence but the reasons. Why would an area code make someone healthier, live longer, reason better, and succeed generally? He wasn’t sure who would know. Why not Verizon? If anybody knows, it’s them.

At the Verizon store, a youngish man boy with either long or short hair, it was impossible to tell which, but with a ring in his nose, asked what I wanted.

“Why are people with 212 area codes healthier than others?” I asked.

“Are you serious? Your area code affects your health?” I asked.

“More than that, man. See that guy over there?” He pointed to a really long haired guy with two rings in his nose, one in his cheek, and tattoos around his neck. “That’s the boss. Three 917 numbers. That’s how you get ahead. But first I’ve got to spend some time at the 347 level.”

“You’ve got to be kidding. How does that work?” I asked.

“Well in terms of prestige, let’s face it, 646 is steerage. You can’t be lower than that. And I’ve had the sniffles, too, since I got my number. Also depression, lack of energy, and diarrhea.” He said.

“You bet. It’s well known.” He said. A woman employee next to him shook her head vigorously, obviously in agreement.

“Sure,” he said, “it does that to everybody. It’s like we’ve got the mark of Cain or something. You don’t get invited out too much with 646.” He said.

“A social climber? That would kill all my chances. I can wait.”

“If you buy one what would happen?” I asked, not really believing I was having this conversation.

I guess it’s what you’d call shunning. I’d be shunned. Then nobody at all would call and I’d get invited to nowhere at all.” He said.

A customer came in wearing a fur. Four employees approached her at once.

“I can see she’s well dressed. Nice body.” I said.

“Look outside,” he said, pointing to her limo waiting at the curb.

“Well more successful than you or me. But you can do better.” He said.

“It’s complicated. 212 on your cell means the ultimate social climber. Those people go nowhere and often die within months. See,” he said, again pointing outside. “That’s a rented limo. Once we had a guy in here with his own limo and a beautiful girl in each arm.”

“Of course they get sick eventually. But they get diseases with names, not just the flu like you and me.” He said.

He gave me a thumbs up sign then wiped his nose with his sleeve.

By MARQUEL: I Just Called to Check Your Number