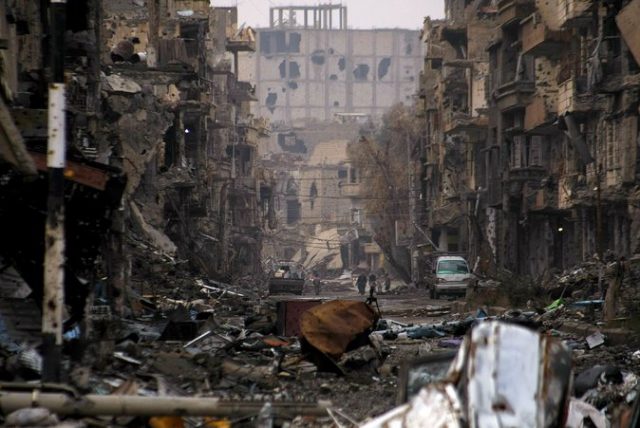 Marquel, TPVs NYTimes Mutual Admiration Section correspondent was flying paper planes when he stopped to blow his nose and to read the Times. He read Offering Services, ISIS Digs In Deeper in Seized Territories . ISIS is in for the long haul, creating a citizenry either beholding to it, or even in admiration of it, by offering traditional municipal services and more.

ISIS is providing its constituents with water, electricity, (Sunni) schooling, police protection, courts, hotels, honeymoon vacations, transportation, medical and psychological services.
Marquel wondered what ISIS medical and psychological services might be. He feared the thought of the remedy for a headache. Marquel would not go to an ISIS doctor for a headache, he was quite sure.
But what if he were a bit depressed. How could ISIS help him? Marquel has some ISIS contacts in Queens so he decided to visit them.
We sat down to some terribly strong coffee, and I asked, “What if I came to an ISIS clinic in Fallujah and said I was depressed?”

“We would first conduct an assessment.” One said.

“That sounds logical and modern. How would it be done?” I asked.

“Normally we’d put you in a small military unit and send you on a few raids.” He said.

“What kind of an assessment is that? What about my depression?” I asked.

“We find many depressed people are cured by the assessment itself.” He said.

“So I come back and I say I’m still depressed. What then?” I asked.

“We would consult with those who were in your unit and ask them how to cheer you up.” He said.

“No psychological treatment?” I asked.

“Surely. We send people to the mosque quite often. You might spend two or three weeks at the mosque, praying, studying, feeling better.” He said.

“That sounds like a lot. But let’s just presume I’m still really depressed. What next?” I asked.

“We would speak to your family, your extended family, and ask for suggestions.” He said.

“This sounds like a very serious case to go that far. We would have you fitted for a vest.” He said.

“How would that help?” I asked.

“Oh it always does. Nobody comes back from that depressed.” He said.

“Well we would send you on a mission. After the explosion, there’s not enough left of you to be depressed. Maybe a hand or a knee, but it’s a little silly to claim that a knee or hand is depressed. I’d say your depression would have been cured.” He said.

“I see. Okay, What if I said that I was having marital problems, my wife and I were thinking of a divorce.” I inquired.

“Wow a suicide mission to cure marital problems. That’s something I’d never think of.” I said.

“Okay one last hypothetical. Say I have child psychology problems. My four year old is afraid to go to school. Cries when I leave her there.” I said.

“We have that quite often. The first is a military mission…”

I interrupted, “Then the mosque then the suicide vest. For a four year old? That’s simply unacceptable.” I said.

“So we’ve found. We get almost no four year olds whose parents bring them in because of school phobia.”

“And you attribute that to…?” I asked.

“Well that’s because in effect you tell people to be psychologically healthy or die.” I complained.

“Well I’m not. I’d like to ignore it but I’m afraid you’re telling the truth. That’s hard to ignore.”

I couldn’t ignore it and I spent the whole night awake thinking of it. Sometimes you just know you’re right. And my vests don’t explode. They’re Brooks Brothers