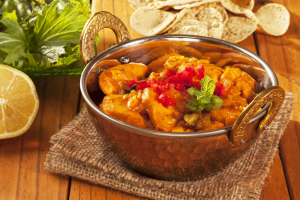 Of course the NGOs are complaining that they don’t know which rules to follow.

The Pakistani’s answer, “We don’t either so you’ve nothing to complain about.”

The NGOs retort, “This is unfair. It’s not the rule of law. They’re changing the rules in the middle of the game “

“Not so,” say the Pakistanis, “How can we change rules that didn’t exist?”

“But it’s against the rule of law. You give us no notice. How can we gauge our conduct?” Ask the NGOs.

“We are an old and highly civilized society. We would never punish without notice. Any rule you break will be clearly identified in any accusation we bring. So do not accuse us of violating the rule of law, which we created by the way.” Say the Pakistanis.

“But the Babylonians invented it almost 3000 years ago.” The NGOs can’t resist arguing.

“But we do not ask you to follow Babylonian law. Only Pakistani law.” The Pakistanis assert.

“Then how can we find this Code of Conduct you insist we must follow?” Ask the NGOs.

“You cannot find it and you don’t know it? How can you people operate in a foreign country, a foreign society with foreign values and have no code of conduct?” He asked.

The NGOs answered,  “of course we have a code of conduct. We have strong moral values. That’s why we’re here.”

“Then you should have no problems. Why are you whining?” Ask the Pakistanis.

“Because you seem to change the rules all the time.” Retort the NGOs.

“But we’ve already told you that doesn’t happen. We sometimes fashion new rules, just like you do. Somewhere I read that in America, you introduce 20,000 new laws each year. And you can’t put up with our meager occasional efforts to modernize?” Ask the Pakistanis

“But those American laws are publicly drafted, debated, voted by two houses, often combined before being promulgated.” the NGOs say.

“You’re right that’s what they do in the states. We don’t. Are you trying to make us Americans or are you willing to permit us, in your great American largesse, to be Pakistanis?” They ask.

The NGOs sputter, and sputter some more, and honestly don’t know whether they want the Pakistanis to be Americans or something else. But one thing is clear, they don’t want them to be Pakistanis.
***
By MARQUEL: NGOs Curry Favors