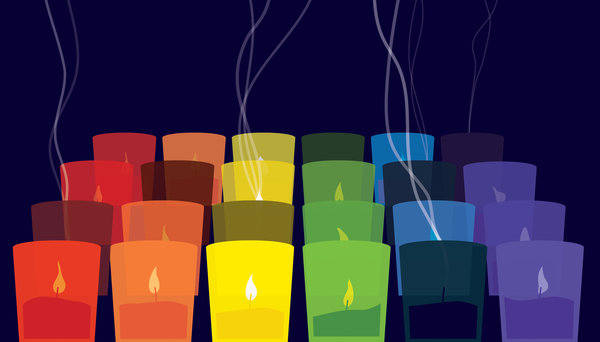 At the New York Baptist Merchants Association, several owners owned chic clothing sites by the seaport. Marquel asked if they intended to exclude people who hadn’t been baptised.

“Certainly not,” was the answer.

“So you’re not going to take advantage of this law?” Marquel asked.

“We will but not by excluding people.” He showed Marquel an empty fish aquarium.

“Baptisms.” He answered. “Customers will have to be baptised to leave the stores because it’s offensive for a Baptist to sell to the unbaptised.”

“Yes while they’re paying and checking out. It’s a ten seconds process. We have plastic gowns to cover their clothing and they can be out in seconds. They’ll be baptised while they’re waiting for their credit cards to go through.” The offended Baptist said.

“We are very offended if people come in and say something derogatory about the West Bank or if they’re terrorists who say Salaam to each other.” A man in typical chasid black dress said.

“Do you mean anyone speaking Arabic can’t get in?” Marquel asked.

“Not if they’re terrorists,” he declared.

“How will you know if they’re terrorists?” Marquel asked.

“If they’re speaking Arabic.” He said.

“I see. And the West Bank deal? What’s that?” Marquel asked.

“We don’t want anti Semitism breeding in our stores. If any one says Jews don’t belong in the settlements, out they go.” The chasid said.

“And you think that’s what the constitution says? No free speech in stores?” Asked Marquel.

“You’re house is a place of public accommodation?” Marquel asked.

“No it’s my private house.” He countered.

“Of course in your home but the supreme court has said since the Civil Rights Acts that places of public accommodation can be regulated and can’t discriminate because they’re not really private. You invite the public in.” Said Marquel.

“Well now I’m inviting them out if they’re anti Semites or terrorists.” He said.

.
I went on to the Catholics. “Who won’t you let in if the law passes?” I asked.

“That’s not easy to say. There are so many doctrines that are important to us. Divorced people definitely stay out. People who use condoms. Gays.” the cardinal said.

“Except for members of the clergy,” he added.

“Of course,” I agreed. I went across town to the evangelical merchants group.

“We won’t let in people who believe in evolution.” He said.

“It’s right here,” he said, pointing to the credit card form. “When you sign you agree to pay and also agree that evolution is a false god and that global warming doesn’t exist.” He said.

“We believe all politics is religious.”

I was really discouraged. These New Yorkers weren’t nearly as tolerant as I’d expected. I went uptown to Mufi’s restaurant. “Mufi, are you going to exclude people from your noodle house on religious grounds?” I asked him.

“I hadn’t thought about it, but I guess I will.” He said, making my stomach hurt. My own best friend.

“Mufi you can’t. It’s un American. What religious principles would make you keep people from eating your noodles?” I asked.

“Well Marquel I don’t have too many religious principles. But I think I now belong to the Charlie Hebdo Church of Inner Light. We don’t like people who try to impose their values, religious or otherwise, on others. Anybody does that in Mufi’s Noodle House, they’re out of here,” he said, pointing to the absurdly spacious main dining room.

“And you’ll throw them out?” I asked, a bit disappointed.

“Oh no, we’ll just move them to one of the private dining rooms where I can have a nice dinner conversation with them, try to change their ideas.” He said.

“Of course not. That would be imposing my ideas on them, exactly what we’re opposed to. So instead we’ll have a talk and elevate the idea of rational discourse.” He said.

I hugged him and couldn’t stop from kissing him. “Mufi why are you the only one?” I asked.

“For the same reason you’re the only one writing about it. We’re the last optimists on the planet. And maybe the last communists too.”

We hugged a bit more and said adieu. I had a lot to think about on my way home.
***
By MARQUEL: Latter Day Communists