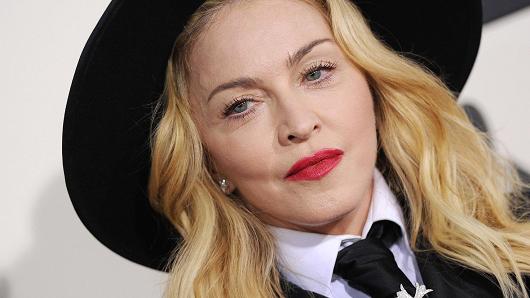 Madonna, the marketing magnet who doesn’t seem to want to go away, launched her new video on social media yesterday; no, not that old folks platform Facebook or Twitter, she released the video on Snapchat.

ThePotHoleView PR analysts aren’t sure if Madonna has a well thought out social media marketing plan to attract millennials or if she was just Snapping her next boy toy. Mainstream media in Fall 2014 reported:

Madge is single and ready to mingle! Days before her 56th birthday, Madonna split from much-younger boyfriend Timor Steffens, asking him to pack his bags and head home in the middle of their European vacation.

Launched in Fall 2011, Snapchat is barely 3 and ½, too young even for the cougs, but Madonna likes it for the abundance of older teens and millennials; the younger guys who think Chipotle is classy.

According to our analyst, Snapchat users are mostly between the ages of 15 and 25. Two-fifths of the subscribers use it “multiple times daily” substantially more than any other method of communication or common sense.

We reached out to a group of Snapchat users at Chipotle’s St. Marks street franchise in New York for our own survey and following are highlights of our research:

We asked former Lehman Brothers analyst, 57 year old Dorothy, an avid Snapchat user, who was also dining at the same facility, why Madonna would release her video on Snapchat.

younger folks “respond extremely well to feedback and direction. What the target lacks in expertise is made up for in energy.”