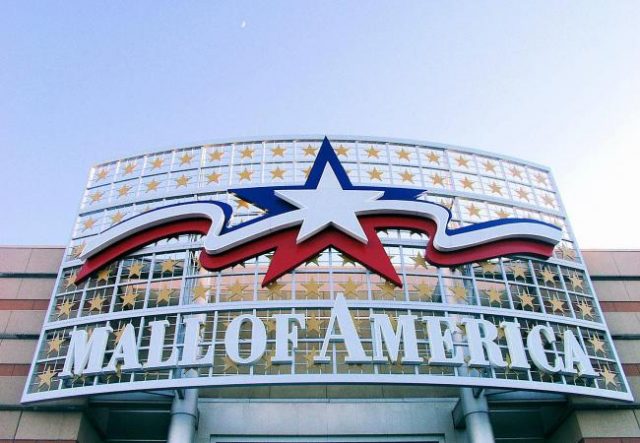 Marquel TPVs NYTimes Shoppers Day Section correspondent, was watching the Oscars, and bored to death by their ineptitude and especially lack of effort, he read NYTimes: Shoppers Cautioned After Threat Against Mall.

The Mall of the Americas, America’s largest mall, located in Minnesota, was mentioned in a terrorist video. As a result, Homeland Security has cautioned shoppers to be”extra vigilant.” It emphasized that it was not telling visitors not to shop, just to shop carefully.

Marquel honestly didn’t know how to do that. Shopping vigilantly is not in his repertoire of shopping modes. He can shop quickly, casually, pennypinching, even unfocused, but vigilantly? He called Homeland Security for advice.

“The best I can tell you, is go shopping. But be vigilant.” Said Homeland Security.

“But I don’t know what that means. How can I be vigilant and shop? Usually I’m vigilant about the prices.” Said Marquel.

“There are a lot of variables so it varies. But the most serious of course is a bomb that goes off right next to you. Not much you can do then.” Said Homeland Security.

“So, I can’t be vigilant? What should I do?” Marquel pleaded.

“Best I can say is close your eyes tight. When I was in Nam I always did that to keep my eyes from popping out from the shock wave.” Said Homeland Security.

“So I should close my eyes if a bomb goes off. What if I see a woman who might be pregnant but might have a bomb strapped to her belly?” I asked.

“Close you’re eyes tight. If she’s spotted you spotting her, she’s sure to panic and set it off right there right in front of you. It’s the same scenario as the first.” He said

“Okay close my eyes. What if a panic starts. Nothing happened but people are running.” I asked.

“If nothing happened you’re really not in danger. I’d advise you to stay out of the way of the crowd and  close your eyes tight. It worked for me in Nam. Those gooks were always running this way and that. All it took was a truck backfiring. I just flattened against a wall and closed my eyes. Tight.” He said.

“Why the eyes again?” I inquired.

“A crowd will seldom trample a sleeping man or one who seems to be sleeping. So…eyes closed tight.” He said.

“It looks like I should go shopping with my eyes closed if I want to be vigilant. It just sounds so counterintuitive.” I said.

“I know what you mean. But Homeland Security uses eyes shut as its default position. Eyes shut tightly, that’s our byword. It works for us. It’ll work for you.” He said.

I wasn’t encouraged by their advice but they are, after all, the experts.

I tried it. I tripped all over and the police took me outside to be questioned and searched. They decided I wasn’t a terrorist but too dangerous to be allowed back in.

I refused to open my eyes and they threatened to arrest me. I pointed out it wasn’t a crime to close your eyes.

They left me alone outside. I have no idea how many there were nor even what they looked like.

By MARQUEL: Shop Till You Drop Carefully