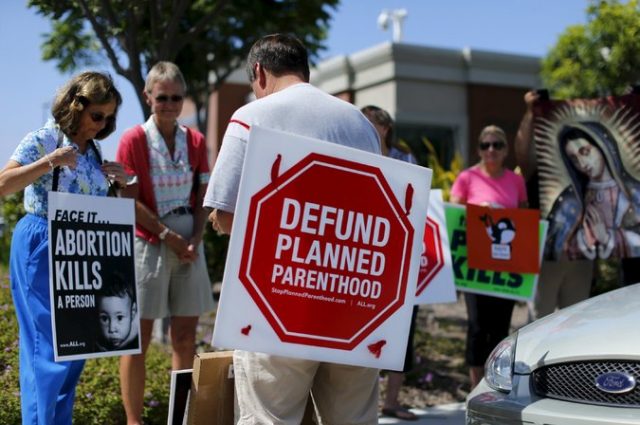 Marquel, TPVs NYTimes A Splice In Time Section correspondent, was making a collage of dead flowers, when he read Undercover Planned Parenthood Videos Were Altered, Analysis Finds.  A review by a private research company says the secret recordings released by abortion opponents “do not present a complete or accurate record.”

But expert analysis says that couldn’t be farther from the truth. The meetings did occur but planned parenthood was willing to take the lowest price possible, just enough to cover the salaries of those who devoted their time to collecting and shipping out the fetal tissue.
At one point, for instance, the planned parenthood rep mentioned that he was selling his car. The businessman asked about the details and the price. When the PP rep said, “10,000,” the businessman said, “that’s too high,” to which the PP rep replied, “Any less and there’d be no profit.” That comment was carefully blended into the publicized tape, the transcript of which says:

“We’ll send you all the tissue for the amount agreed”
“That’s too high.”
“Any less and there’d be no profit.”

A discussion of a used car was turned into an abortion scandal.
At another point, the PP rep mentioned his guinea pigs.

That ended up woven into a separate discussion of the fetal tissue where the businessman asked about the various stages of development.

“Are they all first semester?” Asked the businessman. Although the PP rep says, “certainly” in the uncut tape, the version released to the media says:

The edited version answers, “they’re all big babies.”
A discussion of guinea pigs turned into a criminal admission. Planned Parenthood is not allowed to turn a profit on abortions nor is it allowed to perform late abortions. But these phonied tapes present the opposite appearance.

Marquel was mildly shocked. He knew abortion opponents were saps and frauds but he didn’t think they were so stupid as to reveal their own dishonesty. But it was all there in black and white. It was time to talk to the anti abortionists.

“Why do you say they wanted a profit when all they asked for were minimum administrative costs?” I asked.

“Because they wanted a profit. Didn’t you watch the tape? He said he needed a profit!” He said.

“For his car!” I interjected.

But you took things out of order, and therefore out of context.” I said.

“You commie liberals are always saying things are taken out of context when we have you dead to rights.” He asserted.

“What a pansyass excuse,” he said, “think of Lincoln’s Gettysburg address, if you’re American enough. What if he said, instead of, “Fourscore and seven years ago our fathers brought forth on this continent a new nation, conceived in liberty and dedicated to the proposition that all men are created equal. Now we are engaged in a great civil war, testing whether that nation or any nation so conceived and so dedicated can long endure. We are met on a great battlefield of that war.’

‘Fourscore and seven years ago our fathers brought forth on this continent a new nation, dedicated to the proposition that all men are created equal and conceived in liberty. Now we are engaged in a great civil war. We are met on a great battlefield of that war, testing whether that nation or any nation so dedicated and so conceived can endure long.’

Order doesn’t matter. If he said it, he said it. Frankly I like my version better but they’re both true, and importantly, exactly what he said. So is our video. Are you done now?” he asked.

“Actually, ‘long endure’ is much more poetic and assertive than ‘endure long.’ But that’s quibbling. What about your claim he said this filmy tissue was ‘fully developed males’ and ‘big babies’ when he was talking about guinea pigs.” I asked.

“Now you’re going to say he was meeting to sell guinea pigs instead of abortion remnants.” He challenged.

“No. I’m saying you’re attributing what he said about guinea pigs to fetal tissue. That’s not true.” I protested.

“Same conversation, exact words. He said it. Guinea pigs are also laboratory subjects. You can’t say there’s no relationship. Our point is if you say it in the same intact conversation you’d better be prepared to live with it.” He said.

“Even if it’s deceptive?” I asked.

“It’s not. Different order sometimes, exact words always. Same related topic. We’ve got you there. Give up.”

I couldn’t believe the man. I didn’t know whether he believed what he said, or whether he enjoyed saying it in spite of its falsity. That’s a confusion characteristic of all anti abortionists, so I wasn’t surprised. Just unsettled.
***
By MARQUEL: The Festival of Falsities