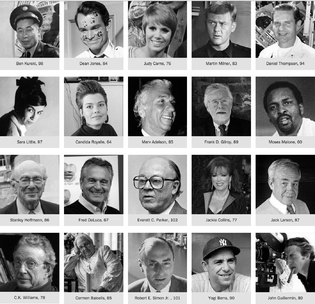 Marquel, TPVs NYTimes Grim Reaper Section correspondent was staying still when a fly bothered him and read When Death Comes, and the Obituary Quickly Follows –
The Times obituary department scrambles to provide sweeping biographies on a moment’s notice for web and mobile readers.

:People are always dying in The Times who don’t seem to die in other papers, and they die at greater length and maybe even with a little more grace,” the columnist James Reston wrote in 1962.

People who don’t die elsewhere? People who only die at the Times? If they were Bernie supporters Marquel could understand. They would never be discovered. But what kind of people die only for the Times?

Marquel went to the flashy and splashy Times building and spoke to the obits editor, who was holding a scythe.

“Not if you die in the Times. Then your life is complete.” Said the editor.

“It’s not like you can read it, so what difference?” Asked Marquel.

“Oh but you can. Many people do. Would you like to see yours?” The editor asked.

“Obviously it’s not complete. But we work on our obits for years, frequently decades, before they’re published.” He said.

“Marquel, the totally unknown writer for the thepotholeview.com, a totally unknown internet based publication, died of X on X. He was best known for his claim to cover only the Times, and its fictional sections, and for his service animal, Cocky the cockroach.”

“I like it,” said Marquel, and reaching into his pocket, added, “and Cocky likes it too.”

“Well we’re glad. If you have any comments or corrections or additions, let us know. And if you want to give us an exclusive, we’ll guarantee publication within a week of your demise.” He said.

“Yes., an exclusive with the Times means any obituary elsewhere is embargoed until after the Times prints the obit.” He said.

“And if I don’t give an exclusive?” Asked Marquel.

“Then, in a way, you may never die, in a journalistic sense. Nobody will know you’re dead. Nobody will come to the funeral. No flowers or donations to the cockroach fund.” He said.

“I’m not sure any one will come anyway.” I said.

He picked up the obit. He quickly scanned it. “You may be right. Doesn’t look like your death will cause waves. But still…you’ll be published for sure if you grant an exclusive.”

I thought about it. “Well you add a mention that instead of flowers, donations to the Cockroach Fund would be preferred?” I asked.

“Sure. I’ll pencil that in right now. So do we have an exclusive?” Asked the editor.

“Well that’s great. Keep in touch, if you can,” he said, putting the scythe in a case.

“I will if I can,” I said, feeling it had been time well spent.
***
By MARQUEL:  When More Is Less and Vice Versa