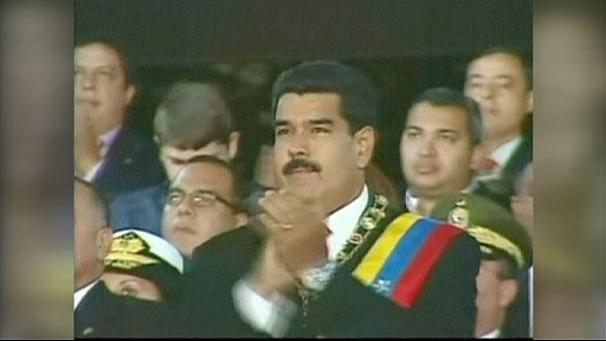 President Maduro of Venezuela just offered Edward Snowden asylum in Venezuela, risking the Heinz empress and her husband, the US Secretary of State, Mr. Heinz, personally move in and orchestrate Maduro’s ouster. Asked about the C.I.A.’s role in any future Venezuelan putsch, Maduro pointed to Brazil and said:

Currently, the C.I.A. is organizing the Lula’s overthrow .

Further asked why Venezuela would help the man who had exposed the nefarious schemes of the U.S. empire, Maduro added:

“Who is the guilty one? A young man … who denounces war plans, or the U.S. government which launches bombs and arms and asks its European mignons to kidnap presidents of the real free world?” he explained to applause and cheers from ranks of military officers at one of his most recent parades.
“Who is the terrorist? Who is the global delinquent? Who doesn’t like Austrian pastries but uses Vienna as its own trash-yard?”