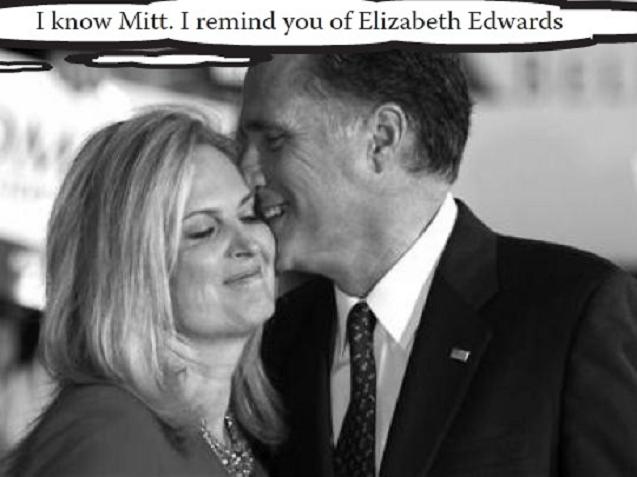 With Gingrich finally throwing in the towel (and with candidate Newt’s demise so too does our expectation of living on the moon in the near future die), all that’s needed for Romney to officially be the Republican nominee is a few more months and a nominating convention. So the Obama pre-campaign strategy to focus on Mitt has been vindicated. This gives us Hilary Rosen, a Democratic strategist (one of those ‘surrogates’ you often hear about), who recently made news when she went beyond the usual attacks on Mitt Romney himself and included his wife in her  remarks. She was roundly criticized for this and even Obama had to disavow the comments.

So we have another instance of the Democrats showing themselves to be the spineless losers we’ve been told they are. Rosen took a good shot at Ann Romney, drew a little blood, and then every Democrat in the world was suddenly tripping over himself to apologize. What amateurs! When you get a good shot in on your opponent, you don’t suddenly stand back and see if they’re OK.  You throw another combination and go for a knockout. The Democrats seem about as comfortable making political attacks as Ghandi would have been with a box of hand grenades.
No, the Democratic strategy should be to hit them when they’re down. Swiftboat them! And if there’s nothing really juicy to say, just make it up. Pull a page from the Glenn Beck handbook and ask Romney to prove that he didn’t rape and kill three women in 1993—and when he doesn’t provide evidence to prove he didn’t do this, ask what he’s hiding. Obviously there’s a story there—what else explains Romney’s silence! Besides, we know the guy was born in Mexico and isn’t even a citizen anyway, as the Christian Science monitor clearly stated that Romney is Mexican (just read the headline—it tells you all you need to know).

Look, I’ll give Hilary Rosen some credit—the swipe at Mitt’s wife was a nice preliminary, but now it’s time for the main course. Romney has children! Grandkids! Who knows what they’ve been up to? Go after them all. Sharpen the knives and aim for the jugular—not much of a party if you’re letting the Republicans have all the fun. And it would make for a much more entertaining campaign, which is what we’re all here for, right?