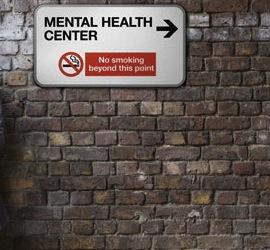 Recently, Louisiana has decided that smoking in mental institutions was a faux pas.  Indeed; Louisiana is silently disallowing the use of tobacco by patients with a mental illness.  Hospitals have long supported and encouraged smoking often as incentives or rewards for following rules, attending therapy or taking medicine.

Damn the scientific method!  Damn it all to hell!

Well, it seems that the decision rests not so much on scientific support, or common sense, but rather personal feelings in the Judicial branch of the state government (perhaps anti-smoking is the one thing democrats and republicans can agree on… or not).

While the ban has yet to go into effect, it will most certainly get passed.  Lately, cigarettes have been recently portrayed in the media as a disgusting, smelly, cancer-causing, and addictive substance…

but what about people’s capital-L Liberty?!

How long will it be before these patients will be forced to eat grade A organic meals?  How long before the massage parlors open up?  I mean, if they want to treat patients better, taking away cigarettes is a mere blip.  Although it is up there with the caviar and the champagne!

So, Louisiana, roll out the caviar! Pop the cork!  Kick off your shoes, lie back, and breathe in the oxygen being pumped into your living rooms!

Guess Who’s Teaching the Dangers of Sexual Misconduct? The Cop, the Aggressor, or the Innocent Victim?