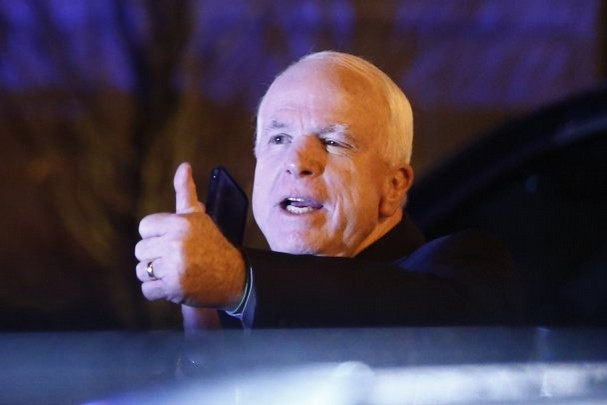 What I heard is Obama told McCain they were looking for a President and had great respect for old people.

We know from his last try that McCain favors a younger, hotter VP, but someone who is, like himself, a maverick who want to shake up the system! Sure enough, he’s thrown another political bombshell with his VP pick: Lindsay Lohan.

She apparently had space on her calendar after Oprah talked her out of a European vacation.

The McCain-Lindsay team wasted no time shaking things up, and shutting down the government run, socialist, nanny state, left wing media… For her part, Lindsay says Syria is her last best hope for staying illicit substance free – and maybe some day, someone will make a movie about this…