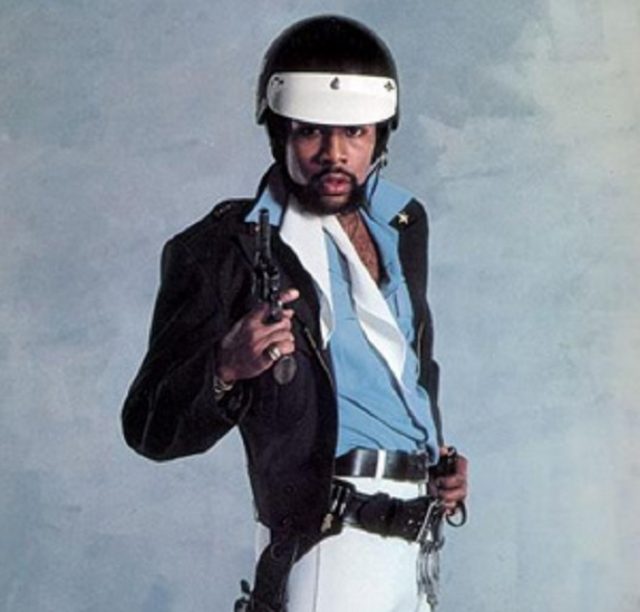 [embedyt]http://www.youtube.com/watch?v=RzQDtZeJvLI[/embedyt]Marquel, TPVs NYTimes WTF Section correspondent, was watching some old tapes of Frank Sinatra and the Rat Pack, when he read New York Police Dept. Aims to Curb Officers’ Cursing. Michael A. Julian, the department’s new head of training, sees reducing vulgar language as one way to improve police-civilian relations. Marquel agreed. What parent would want their child to die hearing, “up against the wall, Nigger!” as the last words he or she would ever hear? Who would even want to receive a ticket from a cop who said, instead of, “good bye sir”, “see you in court asshole.”

Marquel thought that if the cops cured their filthy tongues, it would show a marvelous self restraint. But would it improve police-citizen relations?

Marquel went to the Bronx, then Harlem, to see if this would make a difference.

“Yo,” he said, “have many problems with the cops up here?”

“Does a taxi go north of 125th street? Of course we have problems with cops. Why?” He bellowed.

“Well it’s kind of strange. But the cops are going to stop using profanity. I wondered whether this would make a difference. What was your last run-in with the police?” I asked.

“Yesterday they stopped me after shopping and made me empty out my bag and show a receipt for every item.” He said.

“Did they use swear words? Can you remember their exact words at all?” I asked.

“Sure. They said, ‘where the fuck are you going?’ ‘Open the fucking bag,’ ‘don’t shit with us,’ and at the end they said, ‘motherfucker don’t let us see your black ass again.'” He said.

“Would it have been different if they’d said, excuse me sir, where are you going, could you please let us take a look at what you’re carrying, please cooperate with us, and thank you for your help sir, have a nice day.” I asked.

He looked at me and didn’t seem to know whether to laugh or curse. “Well it would have been different. But they’d still stop me and check all my purchases?” He asked.

“Well it’s be a lot funnier to hear them talk but the stop would be just as unjustified and racist.” He said.

People in the neighborhood all said basically the same thing. They don’t want the police hassling them, even if they say excuse me and thank you.

I went to Police Plaza and told them what I’d found.

“Yes,” said the sergeant who was assigned to me, ” but those are all minor and daily encounters. What about when there’s a shooting?” He said.

“You think it would be different?” I inquired.

“Absolutely. Take the Diallo case. Forty one shots, cops screaming shit and fuck, it’s normal in a firefight. What if they said excuse me and sorry when they shot? What if they said please and thank you? What if they spoke to the family civilly instead of saying, ‘this motherfucker should know better than to show his black ass on the street after midnight in niggertown.’ “

“They actually said that?” I asked.

“Those exact words.” He confirmed.

“Well they shot him dead unarmed, 41 shots, do you think civility would make the parents happy or even less violated?” I asked.

“If it happened to me, I’d be happy to be treated civilly.” He said.

“Maybe you’re having a problem putting yourself in their place. It’s called empathy. If you can do it, imagine discovering your law abiding son had been pretty much murdered, shot an insane number of times, for absolutely nothing. How would you feel? Would civil words cure that?”

He was implacable. “I think nice words make a difference, even there.”

I didn’t know what to say. I said good bye.

I went home. I passed a cop. I stopped and said, “excuse me, sir. What do you think of this plan to have cops stop using profanity?”

“Like you don’t think they’ll do it or it won’t make a difference?” I asked.

“Probably fucking both. They’re assholes at headquarters. They don’t know their assholes from their eyeballs. And if I say excuse me, sorry, after I cuff someone, that would be a joke. Just a joke. It’s all à big fucking joke.”

BY MARQUEL: The Soft-Spoken Cops